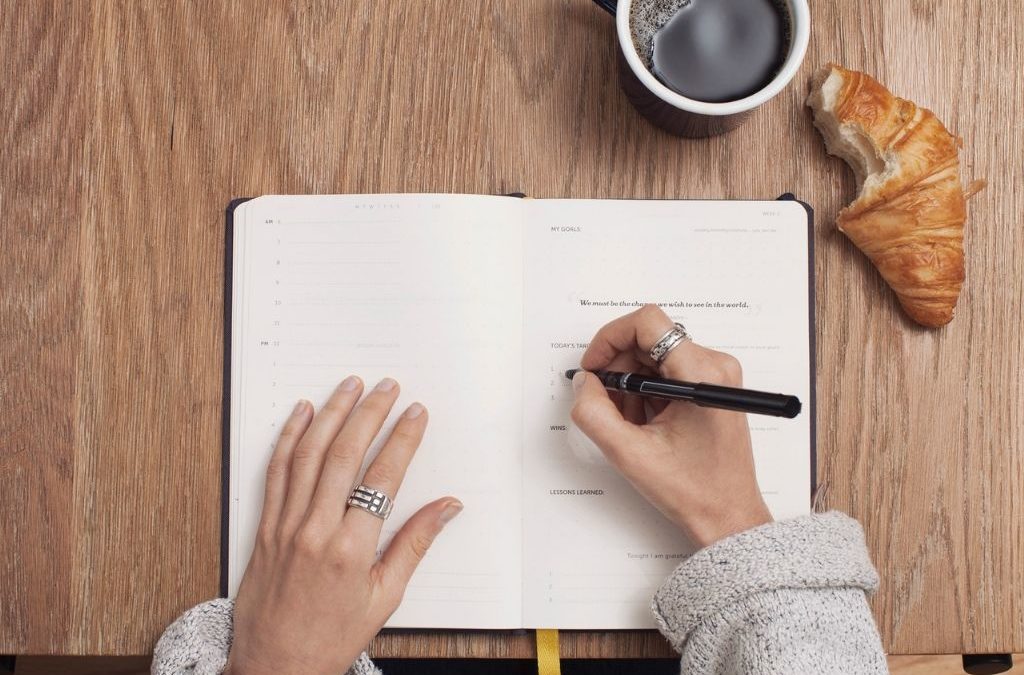 It’s all too easy to make promises and plans about your writing. To say that you’re going to finish writing a book, to plan on blogging every day. More often than not – those targets go unmet and those dreams go unrealised. And that’s because according to psychologists, you haven’t got an actionable when-then plan that attaches your writing goal to an everyday part of your routine.

In the book Think Small, the authors write about the campaign waged by Barack Obama back in 2008 to become POTUS no. 44. Obama’s Holy Grail was to get apathetic voters to leave their squishy sofas and Lost boxsets and mosey on down to the ballot box instead.

Typically, before elections people are called numerous times to try to encourage them to vote – all worthy and well-intended but ultimately, quite pointless – research has found.

Team Obama decided they wanted to shake things up a bit so they hired a brainy troop of behaviour change gurus to come up with a plan. They told Team Obama that reminding people to ‘go vote’ simply didn’t work.

In fact, they told them not to remind them directly at all – just to ask a few questions. Questions like:

These questions were devised specifically to force people into making a plan to vote – unconsciously.

The team of psychologists weren’t trying to convince people to vote in a certain way but they were trying to get them voting by making them think differently.

They were encouraging them to make when-then plans which make a link between something they do on autopilot every day and the act of voting.

And in short – it worked.

Tested in one state among 300,000 people, just one phone call to residents asking them to think what they’d be doing before they voted led to a total 9.1% increase in voter turnout.

Not only that, the cohort of people who were simply asked to imagine what they would be doing on voting day were over twice as likely to turn out than the group who’d just received a reminder phone call.

“If you want to achieve your goal, you’re much more likely to follow through if you create a simple plan. And the best way of doing this is to create connections between moments in your daily routine and the actions you need to take. This will enable you to go from thinking about doing something to thinking about when, where and how you are going to do it.”

When – then planning actions

So, to the inevitable relevance all this has to writing – which it has in spades.

Anybody who writes anything lengthy knows that a routine is vital to ensure that their lengthy writing project sees light of day.

Obama’s psychologists used if/when-planning to nudge voters towards the ballot box but the same principle can be applied to help you nudge yourself towards a positive habit like writing regularly.

Many bad routines are picked up through if/when-planning too (when I go on my lunch break, then I’ll have a cigarette; when I get back from work, then I’ll have a beer) the trick is to use the same process to  give yourself a positive routine – like writing more regularly. For example:

One action becomes the trigger for the next and over time, the two events become fused together in your mind.

For a writer, what’s powerful about the if/when-then planning is that it makes it clear and obvious when you’re not doing the thing you’re supposed to be doing too.

The regular activity acts as a cue and a reminder of your writing commitment and that means you’re more likely to keep going.

“The ‘when-then’ wording is designed to put us on high alert for a particular time or circumstance when a productive action could be performed. We become prepared first to notice the favourable time or circumstance and, second, to associate it automatically and directly with desired conduct.”

The dos and don’ts of when – then planning:

Look for activities or events in your daily routine that you do regularly that you can associate a writing session with. These should be ordinary, everyday type activities. Don’t think too big or grand and don’t pick triggers that are too infrequent or random.

Make a written commitment and if possible, share that commitment with someone else. But remember, don’t be vague. If you say you’re going to write when you get home from work make sure you do just that every time – not a few hours later. Remember, the two actions have to become fused together in your mind to make them feel like a routine.

The best laid plans are always going to go off the rails at some point – you are only human. But the key is not to let it happen often and to have a back up ‘if/when-then’ plan do you don’t lose momentum. If I miss an evening of writing, then I’ll clear the decks and write tomorrow lunch.