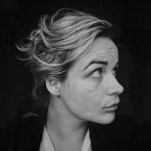 Bethany ScottBethany Scott is a copywriter and horror novelist obsessed with narrative and plot structure. Her novel Twitmisery is coming soon. Follow her @bethanyrscott or visit https://www.facebook.com/authorbethanyscott

I don’t know what the phrase ‘literary fiction’ conjures in your mind, but I can’t hear it without imagining a dusty professor rolling his r’s and peering over half-moon spectacles. But, is it really as dry as it sounds? And, just as importantly, is it worth writing?

‘Literary fiction’ as a term entered common usage in the 1960’s: yes, it’s a Boomer, so therefore no, it doesn’t approve of your avocado toast. It describes a type of narrative which is often serious, stylistically impressive (whether traditional or experimental), and/or in any way ambitious.

Genre — its opposite — is formula, literary is experimentation. Genre is mind-numbing entertainment, literary is brain food. ‘Proper’ fiction, adored by critics and dissected by theses and dissertations: in short, it ain’t your airport Andy McNab or your poolside Sophie Kinsella.

And that’s where I begin to have a problem with the ‘literary’ part of it: because the definition of ‘literary’, according to me and also the Oxford English Dictionary, is: concerning the writing, study, or content of literature, especially of the kind valued for quality of form.

Which means ‘literary fiction’ literally translates as ‘a booky-book’, as agreed by John Updike: he argues all his works are literary because ‘they’re written in words’.

But, what we’re talking about here is the ‘quality of form’ bit.

(Okay, let’s get this out of the way before we move on: ‘quality’ is purely subjective. I love genre fiction, i.e. trash. But, in this case, ‘quality’ is less snobbery and rather solely to do with how deliberately experimental, refined or innovative narrative prose impacts the readers’ experience. Got it? Awesome.)

Wonder what a book written backwards would be like, or a book written entirely in a ‘shadow-tongue’ based on Old English? Or a complex political allegory starring farm animals? They’ve all been done— and they’re all original works of literary fiction.

Literary fiction revels in breaking the ‘rules’ of traditional narrative, but in doing so has established conventions that act as signposts to let casual readers they’ve got A Very Serious Book on their hands.

By liberally sprinkling in these general characteristics as you write your book, you can officially use the term ‘lit fic’ without apology at dinner parties:

Related reads: How to smash it as a YA fiction author >>

If genre fiction provides an escape from reality, literary fiction is a study of reality: a portrait or still-life, meant to elicit revelation and reflection on our human selves. Literary fiction is designed to resonate, long after the book is closed, and inform how we live our lives… or at least make us think for a minute. It’s not a barrel of laughs.

But, naturally, there are grey areas — think of Huckleberry Finn, which is now considered an American classic and inspires rumination on race, identity, childhood and rural poverty. Mark Twain thought it was hilarious; but, at the time, it was considered controversial for the sake of it, and pretty rubbish.

Much of Jane Austen’s work — including Northanger Abbey, whose heroine is scandalous for her love of novels — was written at a time where reading sensationalist, romantic (genre) fiction was seen as highly undesirable in young ladies.

Now, you’ll find more books about subversion of gender in Pride & Prejudice than Austen ever published herself: and her novel Emma is pure funny.

So when does one era’s trash become the next’s great work? Time is a factor, but today authors are muddying the waters: many so-called literary greats, including John Banville, Doris Lessing, Iain Banks, and Margaret Atwood, also write genre fiction and are determined to break down walls.

Meanwhile, the rest of us are scrolling Goodreads on our phones and seeing about the new YA our best friend posted on Instagram, because it’s better than writing the last 500 words of our essay on American Psycho.

Social media, a de-nerdification of a love of reading (thanks, Harry Potter and others) and the enduring passion of writers has democratised the literary climate — taking literary fiction back from dusty critics, and give it back to who matters most: the readers.

So, if you love crafting beautiful prose and thinking deeply about the philosophy of life — literary fiction is for you. But, don’t let that stop you enjoying (or writing) a gory supernatural thriller every now and again.

If you have a dream to write, there’s no better way to get started than writing a piece of flash fiction. Developed by novelist, radio dramatist and creative writing lecturer Rachel Connor, this amazing 5-step course gives you the support and structure you need to get writing. Sign up today half price through this link.

Design a rock-solid writing routine in just 10 minutes.
Would you like a sure-fire way to write regularly without fear and guilt? Get the free 5-step plan and craft a regular writing habit that lasts when you sign up for fortnightly tips.

You have Successfully Subscribed!