How to stop procrastinating for good: a guide for writers 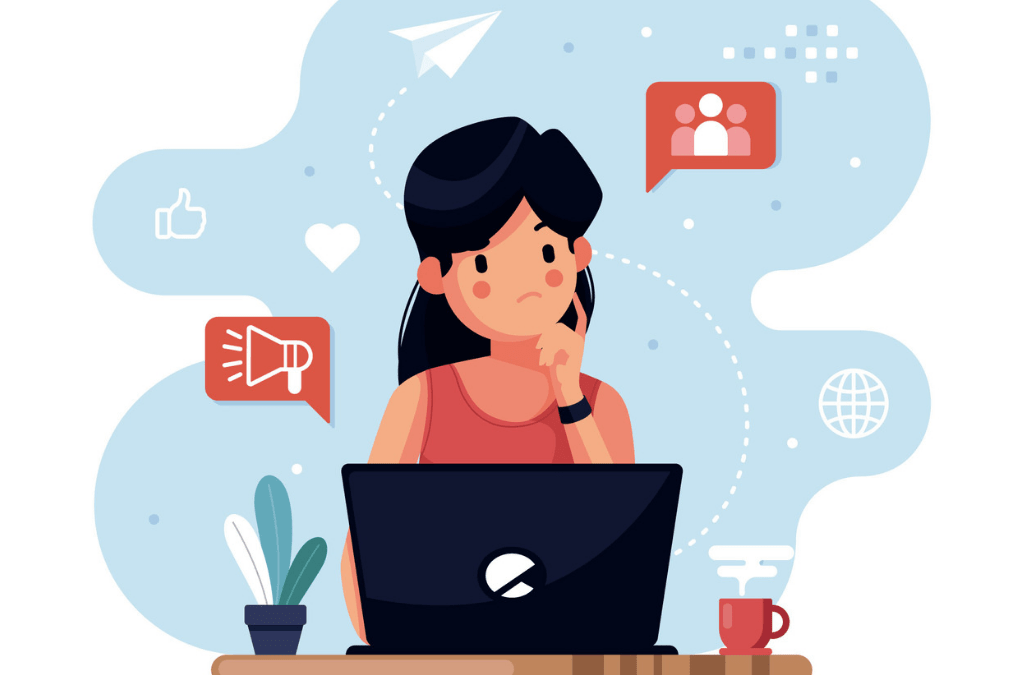 Procrastination is about avoidance and delay. You put off doing the thing you need to do and often want to do – like getting down to write – in favour of doing something that’s less challenging or more rewarding instead.

Writers are prone to procrastination because the process of writing is hard – technically and emotionally. It can be a bruising experience. Writing can dent your self-confidence, it can be overwhelming and it can make you question your own sanity.

Much like an over-protective parent your brain doesn’t like you experiencing stress and anxiety-inducing situations so it distracts you with things that tickle your pleasure-seeking neurons instead – your brain wants you to have an easier life.

We ask them to think back to a time they could have written or wanted to write but did something else instead. Then, we ask them to write down what these activities were – clearly and precisely.

If you’re trying this exercise now, it’s important to be specific, first focusing on a time and a place then open out. Do you have some regular procrastination activities?

If you have a few of your activities listed, the next step is to decide whether your procrastination activities are things you do knowingly – or not.

>> Read more: How to set a writing goal – the ultimate guide

We have found that writers struggle with two forms of procrastination: conscious and unconscious – and understanding them is key to defeating them.

When you procrastinate consciously you know you’re doing it. There’s no real need to clean every window in the house or watch another hour of rolling news coverage before starting to write. But you still do it anyway and that’s because there’s no immediate urgency to act and because writing is all the things your brain wants to protect you from doing. Writing is tiring, anxiety-inducing and not as rewarding as a quick fix from your phone.

When you procrastinate unconsciously, you don’t know you’re doing it.

It normally involves making excuses to yourself and others about why you’re not writing. I’m too busy to write today. I’d like to start, but I need to spend another hour planning. I’m just not ready, I still need to more research. Sometimes these excuses can go on for years and involve waiting for an idealised ‘perfect time’ to get writing. I don’t have enough time, I don’t have the right idea, I don’t have the motivation right now.

Often these excuses feel legitimate (because they could be legitimate) and you justify them by telling yourself that in one way or another, things will improve at a future point in time. You tell yourself that tomorrow, you’ll have more time or that you’ll be less tired. You convince yourself that next week, all your ducks will in a row and you’ll be ready to start – when in fact this point of future perfection never arrives.

You rarely procrastinate over hedonistic things that you love doing or over things that are emergencies – you just act. This is because procrastination only happens in situations where there is no immediate urgency – where there’s no short-term pain or gain. The long-term, deeply fulfilling goal of finishing your writing project often isn’t enough to give you the drive you need to combat your procrastination. But there is a solution.

If you’ve conducted the procrastination tendencies exercise and have found some of your procrastination activities to be conscious it’s time to trick your brain into believing your long-term writing project is more urgent and rewarding than it really is.

>> Read more: How to combat your inner critic and stop worrying

When you start to design your anti-procrastination environment, it’s likely that no one method will combat your procrastination entirely. Experiment with different methods and use the ideas below in different combinations – go with what works.

It’s far harder to disappoint someone else than it is yourself. When you introduce accountability ‘sticks’ into your writing process you’re using the power of social dynamics to keep you focused and moving forwards. Setting up an accountability system can be simple. For some, just announcing your intention to write on social media can help you keep focused. Some writers prefer co-writing, joining writing groups or finding accountability buddies and signing more formal writing ‘contracts’. In whatever way you choose, going public gives you external pressure and so, increases the stakes to help you prioritise.

Long writing projects are hard because they feel open-ended – and that’s when procrastination can take hold. Writing within limits can help give definition to your project and force you to focus your time and energy. Many writers use the Pomodoro method – working in timed, 25-minute chunks followed by a short break – to make writing feel more urgent. Other writers favour writing sprints where you write in short, weekly bursts or challenge themselves to write in less time. Having too much time to write can be just as damaging as having too little so if that sounds like you, put constraints on your writing.

When you have writing time booked in your calendar, it feels like more of a commitment and so, you’ll be more likely to do it. If you don’t commit to writing and just ‘try to find the time’ each day, this will deplete your energy. When you schedule time in advance and ideally tell someone else you lower the barriers and make writing feel more normal and everyday. When you make writing feel more normal and routine-like (and less stressful) you also become less procrastination-prone.

Taking on a writing project that’s too big, triggers alarm bells in your brain that can lead to procrastination. Progressing in small, incremental steps is key to combatting the rabbit-in-the-headlights feeling of overwhelm that often leads to delay and procrastination. – When you’re focus on the next small action you need to take, not the large scary writing project you have to finish, your procrastination can be kept in check.

If you’re procrastination-prone, have a strategy to get you unblocked when you get stuck. When you’re stuck on your project the worst thing you can do it sit at your desk and try to write through using willpower alone. When you’re blocked, try one of these methods:

Keep your writing environment free of temptation – this helps you avoid getting distracted. Dieters have long been told to take sugary treats from their cupboards and replace them with healthy snacks. It’s far harder to gorge yourself on biscuits if they aren’t there in the first place. In the same way, it’s far harder to get distracted from your writing if you remove the things that distract you or cause procrastination. So, use an internet blocker, leave your phone in a different room, tidy your desk before you start or find a new space entirely like as a local cafe to write. When you know what causes your procrastination, organise your work space to design-out these triggers.

Always plan in a reward for reaching milestones in your writing. When you give yourself something to look forward to at the end of a writing session or when you’ve reached a certain milestone, you’re giving yourself incentives to write and creating connections in your brain between writing with pleasure. Think of something small enough to encourage you to keep writing but not too big that writing becomes all about the reward, and you’ll find your motivational sweet spot.

Bonus: use your procrastination tendencies as rewards or writing rituals

If you’ve conducted the tendencies exercise and you know what your favourite procrastination activities are – now it’s time to take control of them. One way to do this is to turn them into rewards. For example, if you know that you get distracted by YouTube, make a 10 minute video-watching binge be the thing you do after a writing session. Another way to do this is to build one or more of your procrastination activities into your pre-writing ritual. For example, if you procrastinate by editing and researching, use a 15 minute review session the thing you always do before starting to write – but make sure to set strict time limits! Which ever approach you choose, the key here is to gain control over your procrastination tendencies and use them – before they use you.

Writers often love research and planning. Some love it far more than the writing. And because planning seems like work it doesn’t feel like procrastination so you’re more likely to believe the procrastination excuses you tell yourself.

When you procrastinate unconsciously, you’re normally not sure whether you’re procrastinating or not – and this can make it a more insidious and damaging form.

The belief that you need to do more research before you write seems reasonable because it is reasonable – there’s a grain of truth in it. But procrastination excuses like this play a large role in keeping you locked in cycles of delay and negative thinking so you need to learn how to dismiss them.

Try this five-step guide based in behavioural science:

Notice your procrastination excuses – and do so without judgement

Identify your self-limiting beliefs and conclusions

For every belief you hold about yourself you also reach corresponding conclusions about your behaviour. These conclusions can be unhelpful or helpful to you. Now you’ve noticed that you might be procrastinating, the next step is to understand that you have control over the conclusions you reach and to think through how you can turn unhelpful conclusions into helpful ones.

Now, challenge your assumptions and conclusions

Once you’ve identified your unhelpful conclusions, it’s time to challenge them and you do this by asking for evidence. Ask yourself:

>> Read more: Eight types of negative thinking that hold you back as a writer and how you can overcome them

If, after asking yourself these questions you’re still in two minds, it’s time to test.

Conduct an experiment on yourself to see if what you predict about your ability to complete your writing task is true or not. For example, if you believe you need to put off writing because you’re feeling too tired – don’t accept it, test out whether that’s true:

Often this experiment shows you can get some writing done and feel more energised as a result. But remember, experimenting isn’t about grinding it out when you’re knackered, it’s about testing whether the assumptions you make about your abilities are accurate.

Remember, the more you blame yourself for procrastinating the more demotivated you’ll feel and the more likely you’ll be to continue making procrastination excuses. You’ll soon be trapped in a cycle of delay, guilt and inaction.

Instead, when you think about your procrastination, try turning self-criticism into motivational self-talk. Encourage and motivate yourself – speak to yourself as you would a friend who was in the same situation as we tend to be less critical of others than ourselves.

Procrastination can be beaten – but only if you understand it

Procrastination comes in many different forms and some are more obvious than others – but both can lead to negativity and despair.

Stopping procrastination for good starts by understanding it. It’s only by identifying the procrastination tendencies that you have – finding out what activities you do instead of doing the writing – that you find a way to categorise it, test and experiment what works for you and gain control.