How NaNoWriMo changed my life by novelist Julia Crouch 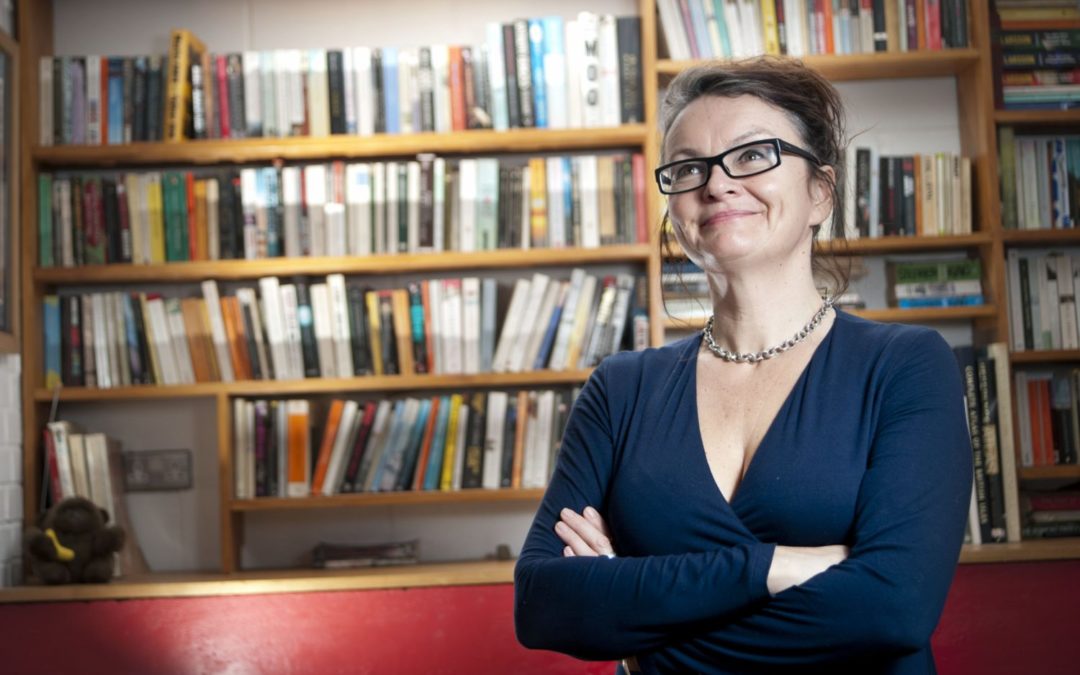 From draft zero to published author, Julia Crouch wrote her first novel during National Novel Writing Month (NaNoWriMo). She shares her life-changing experience with us and offers advice on how to find the time to start writing, beat procrastination, get productive and most importantly – finish your NaNoWriMo novel.

Julia Crouch was working as a self-employed website and graphic designer but dreamed of becoming a full-time novelist. However, with a hectic home life, she never seemed to have the time to write.

She’d just completed a writing course when her tutor mentioned NaNoWriMo to her.

“I’d really enjoyed writing short stories as part of my course, and I was interested in seeing if I could stretch to a novel, but didn’t like the idea of spending a year finding out that I couldn’t!” she said.

NaNoWriMo: the magical power of deadlines

Julia signed up to NaNoWriMo ten years ago in November 2007.

National Novel Writing Month is the brain child of Chris Baty. It started in 1999 with 21 participants – and has grown to hundreds of thousands of writers taking part.

“The biggest thing separating people from their artistic ambition is not a lack of talent. It’s the lack of a deadline.” Chris Baty

The goal is to write 1,667 words a day to complete 50,000 words by the end of November; it can be either a finished novel or the first 50,000 words of a novel. The words need to be original – you can use notes but not any pre-written material – and in any genre or language.

NaNoWriMo harnesses the magical power of deadlines to tell stories. As Chris Baty believes: “The biggest thing separating people from their artistic ambition is not a lack of talent. It’s the lack of a deadline.”

Finding the time to write

There’s a never a good time to write and that November was no different for Julia. “It was crazy – at the time I had two teenagers and an 8 year old, my actor husband was away almost the entire month and I was looking after an elderly friend, visiting her every day.”

Julia focused on finding an hour or two each day to write.

The best slots were 6-7am and late at night when there were fewer distractions. She made decisions about what to stop doing, and it wasn’t hard giving up her early morning run.

One reason NaNoWriMo takes place is November is to take advantage of the miserable weather, so avoiding running in the cold dark mornings seemed a wise trade for writing time.

Finding the time is important, however once you’ve made the commitment to write 1,667 words a day, you need to stick to it and not make any excuses. Julia wrote every day, regardless of what else was planned – that became her NaNo writing routine.

“The first weekend, one of my oldest friends was getting civil partnered at his farm in Cornwall. It was a weekend of champagne and dancing, but I still wrote my words before going to bed. It was quite a surprise to read what I turned out of my mind at that hour, in that state,” said Julia.

The only way to write the first draft of a novel is to actually write it and Julia found it helps to do it fast.

“I wrote really quickly, and that’s a habit I have held on to”, said Julia.

“I always use the NaNoWriMo approach when writing my first draft. For me, the great thing about the process is the way it gets you past the fear and doubt. I have discovered that, however many novels you write, unfortunately those two obstacles never get out of the way.”

Julia likes Chris Baty’s suggestions of calling your NaNoWriMo story ‘draft zero’. No one ever needs to see it, so it’s allowed to be rubbish.

Julia still writes her initial drafts quickly and sets herself writing goals. “When I am on draft zero I make myself write 2,000 words a day. Sometimes this just takes a couple of hours, sometimes it takes all day. If I fall behind in the week, I work the weekend to catch up.”

“Getting a novel written is all about breaking the massive, unwieldy whole into achievable units – scenes, chapters, word counts. – Julia Crouch”

She explains her approach of setting micro targets to help her writing productivity. She says: “getting a novel written is all about breaking the massive, unwieldy whole into achievable units – scenes, chapters, word counts. At different stages I’ll set myself different targets and try to stick to them. I usually fail, so I am constantly adjusting the goals.”

Once the novel is written, structuring and editing take centre stage and Julia sets herself daily targets based around scenes. “I’m currently on this with my next novel: write three new scenes and edit one old one every day. Again, I have weekends to catch up if I fall behind.”

What Julia learnt from NaNoWriMo

Julia says that NaNoWriMo changed her life and helped her become a published author.

She organised a pilgrimage to its head office – The Office of Letters and Light in Berkeley, California – where she met Chris Baty. They’ve since become friends and he even came to stay with her in England.

There’s always a place in her heart for National Novel Writing Month. Julia said: “the main thing I miss not writing in November is being part of the bigger thing – I used the message boards a lot, and I love the sense of energy that you get from everyone else doing it as well all around the world. The local meetups were fun, too!”