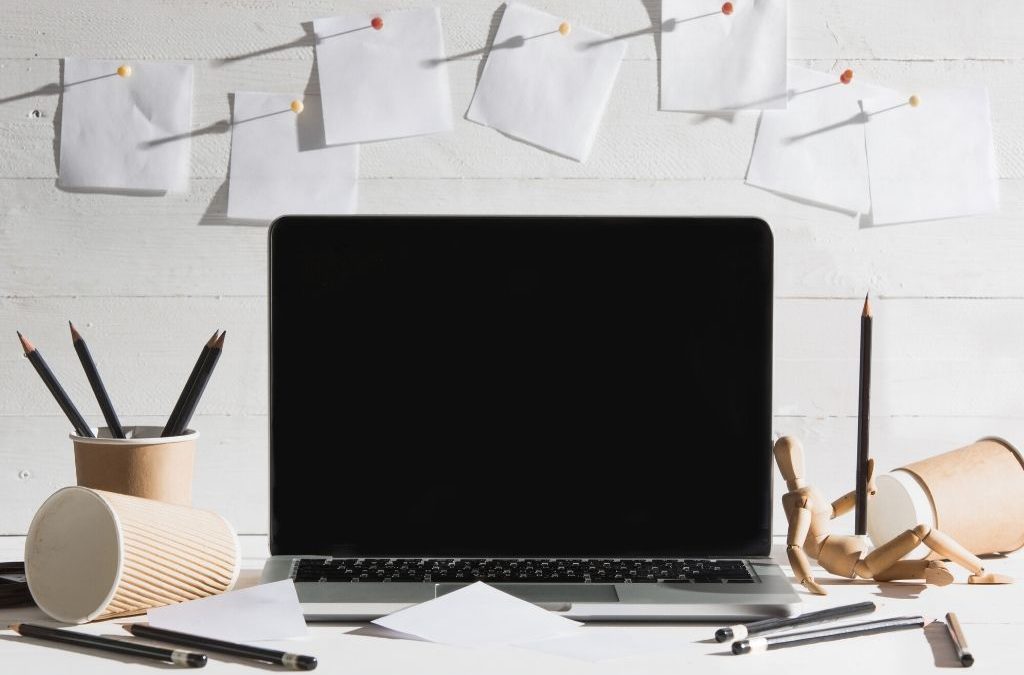 Last week I presented at the annual conference of the National Association for Writers in Education. I discussed training writers in the practice of writing, whether it can be taught and if there is a role for technology in helping writers to develop their habits.

The principles of deliberate practice

For the past thirty years Professor Ronald T Kellogg has researched writing behavior and psychology. One study* looked at the principles of deliberate practice – a set of activities that result in building good habits. The principles are:

Kellogg’s research proves what Aristotle first summed up thousands of years ago “We are what we repeatedly do. Excellence then, is not an act but a habit.”

Training – whether writing practice can be taught

“A writer, like an athlete, must train every day.” Susan Sontag

Regardless of whether creative writing can be taught – a debate that has been rumbling on between the big beasts of British letters this year – the evidence shows practice pays off. So it seems your English teacher was right – doing your homework each night will improve your writing.

This brings into play another idea – if writers can be taught can they learn independently? I’ve been interested in how writers can be supported to develop their own deliberate practice outside of the classroom.

Joyce Carol Oates is a self-taught writer who started by “consciously training myself by writing novel after novel and always throwing them out when I completed them.” As much as it breaks her fans’ hearts to hear of those wasted novels this was all part of her process of learning to be writer. Writers learn by doing, by putting in the hours and getting the words on the page even if they are destined for the bin.

Help! How can writers learn?

So that’s it then, all we need to do to become better writers is practice. It sounds so simple.

My research with writers I found that 88% wanted to write more frequently. So what’s stopping them? When asked, writers said the main barriers are lack of time and lack of discipline.

“I learned to write by writing. As I once calculated, I must have written more than half a million words before I came to The Naked and the Dead.” Norman Mailer

In his book How to write a lot: A practical guide to productive academic writing Paul J Silva calls lack of time “the first specious barrier” and suggests rather than finding time that we should allot time – and then stick to it.

This is very similar advice to that given by Dorothea Brande in her 1930s classic Becoming a Writer. She commands writers to find some time “fifteen minutes will do nicely, and there is no wage slave so driven that he cannot snatch a quarter of an hour from a busy day if he is in earnest about it.”

Brande will accept nothing but full commitment once a suitable slot has been identified: “you have decided to write at four o’clock, and at four o’clock you must! No excuses can be given.” There is no conflict for her – if you want to write, you must buckle down and get on with it.

“You must write every single day of your life” Ray Bradbury

In my survey of writers, when asked how frequently they wanted to write, almost without exception everyone replied full time – the equivalent of five days a week.

The ambition to write every day is not necessarily a desire to become a jobbing wordsmith, but because writing regularly makes it easier. This is Kellogg’s principle of repetition. Silva would agree with this – he believes the secret to writing productivity is the regularity not the number of days or the number of hours. We shall defer to the grandfather of writing productivity, Anthony Trollope: 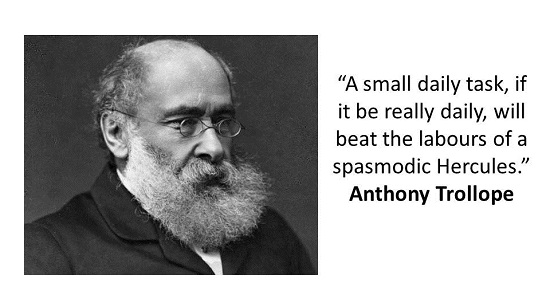 “Thankfully, persistence is a great substitute for talent.” Steve Martin

Research has shown that regularity works. Boice ran a study amongst academics to test what writing practice was most productive. He found that those who scheduled time to write were significantly more productive in output and they also had better mental health than those who practiced ‘binge writing’.**

Writing productivity is a matter of perseverance according to Eviatar Zerubavel in his practical guide The Clockwork Muse. “Perseverance is so much more important than sheer speed in getting writers to actually complete their projects.”

The question of inspiration

I asked writers what they found easy and the top two responses were inspiration and ideas. Very few struggle to get started and once off the starting blocks it’s wrong to suggest that every writing session must be stimulated by the muse. Ralph Keyes in The writers’ book of hope said that “Serious writers write, inspired or not. Over time they discover that routine is a better friend to them than inspiration.”

We can look to successful writers writing practice to confirm this; W. Somerset Maugham said “I write only when inspiration strikes. Fortunately it strikes every morning at nine o’clock sharp.”

Give us a nudge

The carrot and stick are important in keeping to a regular habit. When asked about their motivations, writers were found deadlines and encouragement to be most helpful in keeping them going.

A writing movement has been set up around deadlines. Chris Baty, founder of National Novel Writing Month (NaNoWriMo) said “The biggest thing separating people from their artistic ambition is not lack of talent. It’s the lack of a deadline.” He set the deadline of 30 days to write a 50,000 word novel, and each year in November hundreds of thousands of people sign up to the challenge.

So despite Kellogg saying that intrinsic motivation is essential to deliberate practice, it seems extrinsic motivation can help. This would also explain the popularity of Write or Die. And if Dr Evil doesn’t prod you into productivity you could always try Written Kitten which rewards writing with kitten images for some positive reinforcement.

My interest in writing practice has focused on whether technology can help. I took inspiration from the healthcare, diet and fitness apps that enable people to track habits, food, exercise or symptoms.

This led me to develop a website and mobile app called Write-Track used the latest technology and theories of behaviour change to see whether writers can improve their writing practice against self-defined goals. The website had three core functions:

>> Read more: How one writer’s data can help us all to write

The writers who used the website find all three aspects support their writing, as the quotes below show:

It’s early days for the website, however, initial indications are extremely encouraging with testers saying it improves their practice and productivity.