How to cope better with writing rejections and setbacks 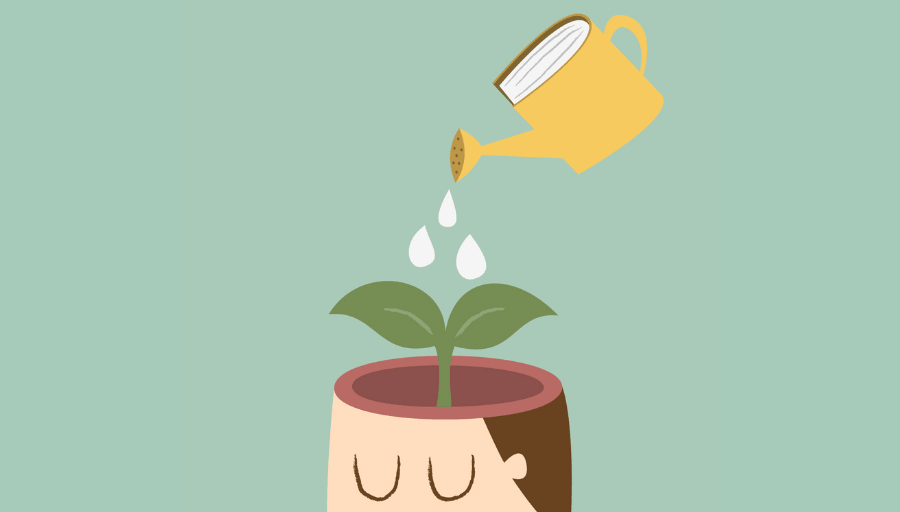 Whilst the productivity police might make you feel you should be able to brush off writing rejections with no bother – that’s easier said than done. It’s normal for setbacks to squash your self-esteem a little. But when rejections cause debilitating delays, it’s worth checking in on your writing mindset.

Later in life, Carol said that she’d had a negative, self-critical mindset “stamped in” to her at about the age of 11 – a revealing choice of words. At that age she was in sixth grade at school in Brooklyn, New York. It was the 1950s and by modern standards her form teacher, Mrs. Wilson had some rather traditional ideas about how to motivate young minds.

Her teacher thought that IQ was very important – so important that she seated the children around the class in IQ order. High IQ at the front of the room, low at the back. Not only that, Mrs. Wilson gave the students with high IQs extra privileges – rewarding them for their as she saw them, innate abilities. Remembering her school days Carol said: “If you weren’t one of the high IQ students, she wouldn’t let you erase the blackboard or wash the erasers, or carry the flag or even have the responsibility of carrying a note to the school principal.”

We don’t know where little Carol was in the IQ pecking order (I suspect she was pretty near the front) but that’s not really the point. By arranging the students in the way that she did, Mrs. Wilson wasn’t helping anyone and perhaps unintentionally harming some. She was embedding impressionable minds with the idea that their intelligence was something that was set and immutable.

According to Carol, the judgemental environment gave her “daily stomach aches” – I’d be surprised if she was the only one. “Looking back, I think that glorification of IQ was a pivotal point of my development,” she said. “Everyone in the class had an all-consuming goal of proving themselves – look smart, don’t look dumb. Who cared about enjoyed learning when our whole being was at stake every time she gave us a test or called on us in class?”

A fascination with mindset

Later in life Carol Dweck, world-renowned author and professor of psychology at Stanford University, realised that Mrs. Wilson’s approach had embedded in her and her classmates what she came to call a fixed mindset – the belief that our qualities and talents are carved in stone. Those labelled as having high IQ must have felt under constant pressure to perform without the need to learn (why bother when you can’t improve?). Those with lower IQ must have felt stigmatised and under daily pressure not to appear too ‘dumb’. These early experiences made Dweck fascinated by the concept of mindset and go on to research it and study it for the rest of her life.

Our qualities, intelligence and temperaments are not fixed or immutable. Mrs. Wilson was flat wrong. We are all capable of change at whatever age – but Dweck’s research uncovered that the belief that they may be fixed can shape our lives. Her work revealed that the running commentary we all have about ourselves moulds how we respond to the world, make decisions and live our life.

When you have a fixed mindset we believe that however hard we try, we can’t get much better at things and that in one way or another, life is planned out for us. Having a fixed mindset influences how we respond to the challenges, setbacks and criticisms we meet in life. If you believe you’ll ‘never get any better’ why attempt to improve?

Alternatively, having a growth mindset – as Dweck called it – means you believe that you have the power to change – and that you’re open to it. She writes that a growth mindset is: “based on the belief that your basic qualities are things you can cultivate through your efforts. Although people may differ in every which way – in their initial talents and aptitudes, interests, or temperaments – everyone can change and grow through application and experience.”

“Dweck writes that a growth mindset is: ‘based on the belief that your basic qualities are things you can cultivate through your efforts'”

As a writer, you put yourself out there all the time. You hold yourself open to rejection and setback. This is one of the very good reasons why writing is hard. However, how you respond to these setbacks and knocks – whether you allow them to impact you long term or whether you feel you can learn from them – is a choice. Although I admit it might not always feel like it at the time…

When Dweck asked a similar question to people with a fixed mindset they came back with responses like; “I’d feel like a failure”, or “I’d feel like an idiot” or “I’m a loser”. They’d also display a lack of agency saying things like, “someone’s out to get me” or “nothing good ever happens to me”. When you think your essential abilities are unchangeable it’s logical to also believe that there’s little you can do to influence matters. Fixed mindsets often lead to inaction – to you feeling hopeless and doing nothing.

“Having a growth mindset can have a direct impact not just on what you think about yourself but what actions you take.”

The power to change

Saying all this, it’s very human to get stuck in a writing rut and feel sorry for yourself when you experience a setback of some sort. Wallowing is perfectly normal so let’s not get sniffy about that. However, it’s also useful to remember that the assumptions you make about your abilities and the beliefs you have about yourself are just that that – beliefs. And beliefs are things we have the power to change.

As Dweck writes: “Just by knowing about the two mindsets you can start thinking and reacting in new ways. People tell me that they start to catch themselves when they’re in the throes of a fixed mindset – passing up a chance for learning, feeling labelled by a failure or getting discouraged when something requires a lot of effort. And then they switch themselves into the growth mindset – making sure they take the challenge, learn from the failure and continue their effort.”

Tips for developing a growth mindset