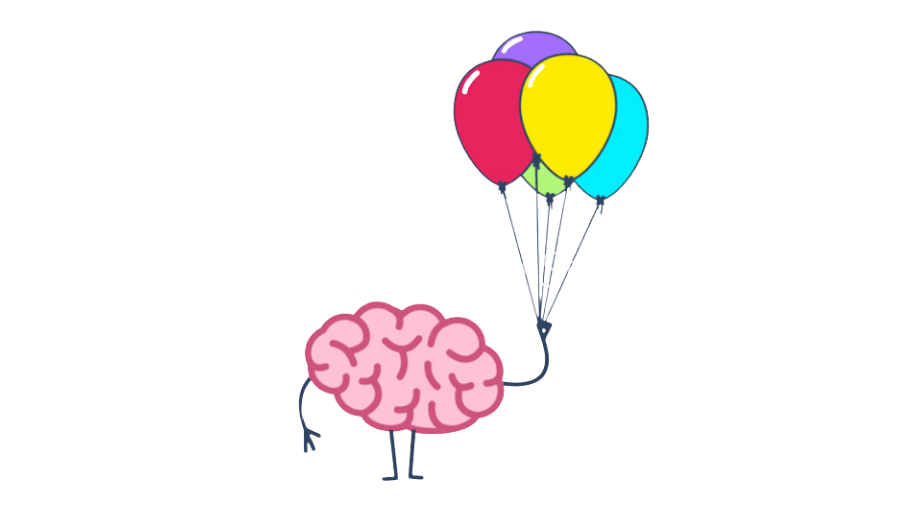 Writing routines work because they help you get the writing done in a more automatic way. But when your routine becomes an unhelpful rut and you start doing and thinking things that don’t work – you need to shake things up.

In her book Mindfulness, which extols the benefits of a more considered and intentional approach to life, psychologist Ellen J. Lander describes an experiment from 1938 by Anita Karsten who wanted to investigate how our mindset and behaviour is influenced by context.

The experiment went like this. Karsten gave one group of subjects a poem to read aloud over and over again. She gave another group drawing and writing exercises to complete. She asked the subjects in both groups to tell the research team when they’d had enough and felt “totally exhausted” from their efforts. When they did, the experimenters immediately changed the tasks in some way – giving no time for rest.

These new tasks were different but equally taxing. In every case, the “totally exhausted” subjects had little problem completing the new tasks. A man who said his hand had become “completely numb” from continuously writing abababab was easily able to sign his name multiple times when asked to do so. A woman who said a drawing task had left her arm so tired she could no longer lift it had no problem brushing her hair. And so on.

All this isn’t intended as a guilt trip. The psychologists weren’t setting out to dismiss exhaustion or belittle its impact. These subjects were exhausted. They weren’t pretending. But Karsten’s findings suggest that we can get stuck in a mental rut that leads us to make assumptions about our abilities.

Lander thinks that a change in context exposes that we have more potential and possibility than we might assume we do. Her research over 40 years finds that your energy and focus can be renewed with a subtle shift of the frame – you can find your second wind through changing the context.

And not only that. “Another kind of mindset that can lead to fatigue is the way we define a task,” writes Lander. “When we begin any undertaking, we have a mental picture of its beginning, middle and end. In the beginning we tend to be energetic and mindful. … When we near the end of activities we expect it to be tiring – then fatigue arrives. This mental picture of the end of a task is self-imposed context and makes fatigue almost inevitable.

Changing contexts before reaching this point may prevent fatigue.” We expect the beginning of a task to be energising and motivating – and so it is. We presume the middle might be sticky and the end might be tough – and so they are.

Lander writes about a study where subjects given physical exercises to do until they were “unable to move another muscle” were able to continue when the ‘exercise’ was instead called ‘doing housework’. She writes about a musician who’d reached the conclusion that he was incapable of finishing songs – this was making him miserable.

But then he reframed the ‘problem’. Instead of thinking of himself as someone who couldn’t finish, he realised his gift was composing new songs – so he teamed up with someone else to fill the gaps in his skillset and is part of highly prolific song writing duo. Working with writers as we do at Prolifiko, this sounds familiar.

Writers get stuck down mental cul-de-sacs when they don’t stop to take time out and reflect. Over time, writers can create labels for themselves like “I’m a terrible procrastinator” or “I’m a slow writer” or “I can never finish” and then filter out everything that doesn’t then fit with that worldview – reinforcing the label over time. But there is a solution – in fact there are a few. It all starts with changing your context and shaking things up.

Sometimes, doing the writing can feel like a weighty task laden with pressure and expectation. This challenges us, and so we procrastinate to avoid it. But how would it feel if instead of doing the writing you have a bit of a play? If the idea of ‘writing’ fills you with dread – don’t do it. Lighten the mental load. Do some freewriting.

Start with some journaling or organising. Scribble down what’s in your head and see what flows. Step away from the writing altogether – try dictating your ideas. Write it in a different format. Write an email to a friend (or yourself) explaining your ideas. If you don’t know how to write about something – how would you explain it to a toddler? Could you condense it into five bullet points? Write it as a Tweet. Whatever you do, change the context and lower the stakes.

2. Change up your process – go freestyle

Just like your writing, the things you use to write with or on, and the physical space you write from, can become riven with guilt and pressure. If you feel dread when you approach your laptop – don’t go there. Where else could you go to do the writing? Sit on the sofa, go outside or go to a café. Change how you interact physically with your writing.

If you normally write on a laptop, write longhand. If you always aim to write for a long time, limit yourself for 15 mins. Write spontaneously. If you write in the mornings, try writing in the afternoon instead. Combine this approach to shake things up with the one above. It often helps to go analogue too.

Make a mind-map of your ideas and use coloured pens, paper and post-it notes – this helps because going visual uses a different part of the brain. Take a break away from the things that you associate with the serious business of doing the writing.

3. Get a fresh start – break out of the everyday

Psychologist Katy Milkman says that fresh starts can shift your psychology in two ways: they feel like new beginnings and “wiping the slate clean” is motivating. They make you step back and think big picture about your life and your goals because they shake things up and change context.

It’s one of the reasons why we run our writing sprints on the first Monday of every month. Coined by Milkman the ‘fresh start effect’ means that people are better at tackling their goals when they start around what researchers call temporal landmarks – the start of a new year, the first of the month, the beginning of the week.

Researchers also find that birthdays, personal milestones and seasons also serve as motivational jumping off points. So, have a think about your fresh start. What could you do to shake up your writing and change context?

It’s normal to fall into patterns of thinking and behaviour – these routines can serve us well. Sometimes we will be too tired to do the writing, sometimes the hunches we have about ourselves will be right.

But this research – and experience from our own work with writers – teaches us that nothing is inevitable. The only way you find out for certain is to shake things up.