How long does it take to become a good writer? Deliberate practice for writing 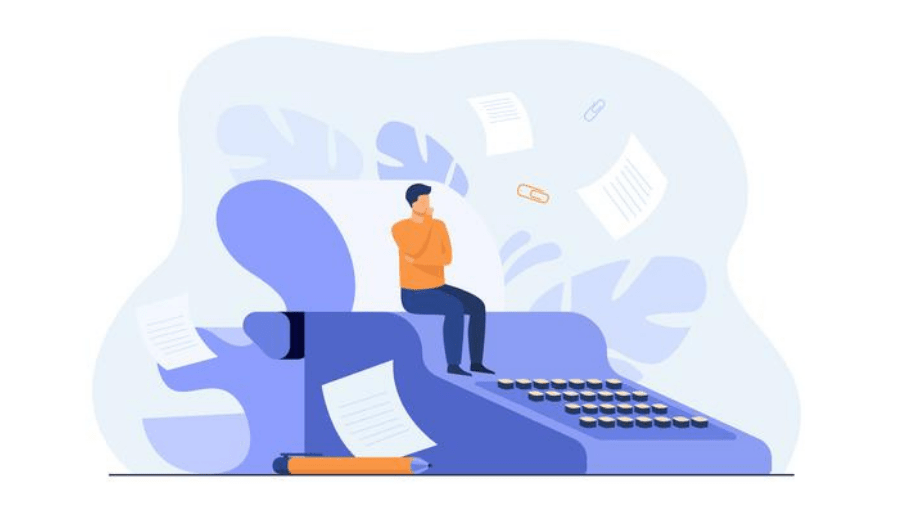 Every writer has a backstory. The hidden hours of practice that got them to their ‘overnight’ success. Whether you’re creating a tenure track publication pipeline, or a poet working towards a first collection, it takes years to gain expertise as a writer. Get the low-down on deliberate practice and the 10,000 Hours Rule.

Past theories of expertise range from the mystical to the downright dangerous. The Ancient Greeks appealed to the Muses for divine intervention while eminent Victorians concluded genius was an hereditary privilege. Modern research, thankfully, presents a more optimistic and equitable view of how talent develops. K. Anders Ericsson’s research on deliberate practice shows we can all shape our own potential.

Ericsson believes our growth is not limited, that our bodies and brains can adapt, and that through training we can create skills that did not exist before. And we can keep developing these skills as we get older and spend more time working on them. Deliberate practice offers us a path to expertise at any age.

In Peak: Secrets from the Science of Expertise, he explained how deliberate practice can revolutionize our thinking about human potential. “That revolution starts” said Ericsson, “when we realize that the best among us in various areas do not occupy that perch because they were born with some innate talent but rather because they have developed their abilities through years of practice.”

While it’s great to know that we don’t need to be blessed by birthright or visited by the Gods, therein lies the rub. It takes years to get really good at something.

The 10,000-Hour Rule, often used interchangeably with the 10-Year Rule, first emerged in a 1973 article looking at chess. Since then it has been reproduced in multiple studies and domains from music to mathematics and pretty much every sport.

One study looking at violinists concluded that expertise requires several thousand hours of practice. On the plus side – there were no prodigies. However, there were also no shortcuts. It found that those who had spent significantly more hours practicing their craft were, on average, more accomplished than those who had spent less time practicing.

Malcom Gladwell’s Outliers: The Story of Success used the example of The Beatles playing in dingy backroom bars in Hamburg in the early 1960s to illustrate this. Over 1,200 gigs they amassed more than 10,000 hours of performance time and transformed themselves into the most popular and unique sounding band of their era.

Just put in the hours?

But it’s not a simple equation. Hours of practice doesn’t guarantee success. As Paul McCartney said after reading Outliers:

“I mean there were an awful lot of bands that were out in Hamburg who put in 10,000 hours and didn’t make it, so it’s not a cast-iron theory. I think, however, when you look at a group who has been successful… I think you always will find that amount of work in the background. But I don’t think it’s a rule that if you do that amount of work, you’re going to be as successful as the Beatles.”

He’s right. You need to practice – that goes without saying – but to become an expert, and for that to lead to success, you need to do more than rack up the hours. Gladwell’s book might have topped the bestsellers’ chart and been critically applauded, but Ericsson and the other researchers whose ideas it was based on felt he overemphasised the 10,000 hour rule.

Practice time matters, but how you practice matters more.

From naïve to deliberate practice

Not all practice is the same. At the most basic level there is naïve practice – literally just showing up and doing the activity. 40% of our time is spent performing habitual tasks – this shortcut enables us to get through the day with ease. For most people, tasks like cooking or exercising are automatic behaviours. That’s fine if all we need to do is eat and move. But if you want to be a chef or a competitive sportsperson, you need to step up to ‘purposeful’ practice.

Ericsson describes purposeful practice, in a nutshell: “get outside your comfort zone but do it in a focussed way, with clear goals, a plan for reaching those goals, and a way to monitor your progress. Oh and figure out a way to maintain your motivation.”

“get outside your comfort zone but do it in a focussed way, with clear goals, a plan for reaching those goals, and a way to monitor your progress. Oh and figure out a way to maintain your motivation.” K. Anders Ericsson

An example of Ericsson’s purposeful practice would be a writing workshop. If you sign up for a ‘write a short story in a day’ you have a clear goal. The structure of the day provides a plan for achieving that goal. You can monitor your progress with words on the page as you do each of the timed exercises.

I signed up for such a workshop with friends from my writing group, together we cheered each other along – that kept us motivated against the pressure of the clock. We organised celebratory drinks when the day was done and our stories completed. It was great fun.

But to hit the top level of practice, Ericsson says we must swap fun for struggle, sacrifice, and painful self-assessment. He tells us that to become an expert, to focus “on tasks beyond your current level of competence and comfort. You will need a well-informed coach not only to guide you through deliberate practice but also to help you learn how to coach yourself.”

While celebratory drinks might keep us motivated, we need to put the champagne back on ice for a little longer.

You will need a well-informed coach not only to guide you through deliberate practice but also to help you learn how to coach yourself.” K. Anders Ericsson

Writing workshops are brilliant at teaching us the fundamentals. However, studies have found that watching lectures or attending courses doesn’t lead to any improvement in skill. In short, there is a difference between knowledge and skill. To advance you have to practice that skill and get expert feedback to improve your performance.

The hallmark of deliberate practice, according to Ericsson, “is that you try to do something you cannot do – that takes you out of your comfort zone – and that you practice it over and over again, focussing on exactly how you are doing it, where you are falling short, and how you can get better.”

Let’s go back to my ‘short story in day’ workshop. After learning about structure, character and plot, and writing against the clock to draft a beginning, a middle and an end, we took turns to read extracts aloud. Sharing a first draft is hard, it’s embarrassing, especially if you are doing it in front of people you like and respect. That was only the beginning of my falling short.

While I got constructive feedback from the tutor and fellow writers, if I’m being honest, my story was a hot mess. I spent the next 18 months trying to make it better.

I wrote and rewrote it. I workshopped it in my writing group. I rewrote it. I entered it into competitions and got rejected. And rewrote it. I submitted it to a live storytelling competition and getting shortlisted meant I had to read to a room of people who’d paid to be entertained. That audience taught me a lot about what worked – and what didn’t. Afterwards, I rewrote it. After much feedback and many drafts it was eventually published in a collection. Time to pop open the, by now, very chilled champagne.

While I’m completely capable of writing a short story in a day, it takes far longer to write a good short story.

Is it too late to improve?

If you scratch the surface of any writer’s success you will find years of practice underneath. And if writers keep writing in a purposeful and deliberate way, they will continue to improve. At any age.

As the Chinese proverb states: The best time to plant a tree was 20 years ago. The second best time is today.

“The best time to plant a tree was 20 years ago. The second best time is today.”

Geoff Colvin wrote that many authors, “produce their greatest work only after twenty or so years of devoted effort, which means in year nineteen they are still getting better.” In Talent is Overrated Colvin found that writers, artists, business people and inventors were all producing their best work three or four decades into their careers.

Asimov did not plateau, quite the opposite – his output sped up. His next 100 books were published in 10 years; and it took only five years to write and publish another 100. A total of 300 books written and published in 35 years. While I’m somewhat sceptical about ascribing his output to his own endeavours, the moral of the story still holds. If you keep writing, get feedback, and spend time to fix and improve, you will get better.

Back to the master of expertise: “And this, more than anything else” said Ericsson, “is the lesson that people should take away from all these stories and all this research: There is no reason not to follow your dream. Deliberate practice can open the door to a world of possibilities that you may have been convinced were out of reach. Open that door.”

How to apply the principles of deliberate practice

There is no reason not to follow your dream. Deliberate practice can open the door to a world of possibilities that you may have been convinced were out of reach. Open that door.” K. Anders Ericsson