The secrets of successful collaborative writing 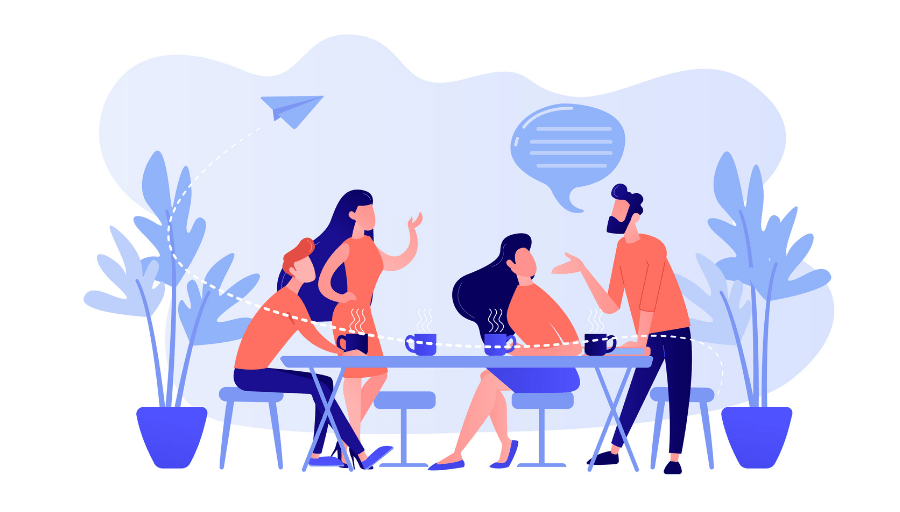 In 2013, Alice Campion sent the manuscript of a novel she’d just finished called The Painted Sky to Penguin Random House Australia in the hope they might be interested in publishing it. They were. In fact, the publisher was bowled over. In an email back to the author, they wrote that they couldn’t put the book down and lavished praise on Campion for achieving a ‘unified voice’ for the novel.

However, unbeknownst to the publisher there was no “Alice Campion”. It was a was a nom de plume. Not the pen name of a famous writer trying their hand at another genre or someone who fancied a different name. In fact, it wasn’t the pen name of any-one at all and that’s because the manuscript was written by five women: Jenny Crocker, Madeline Oliver, Jane Richards, Jane St Vincent Welch and Denise Tart. All friends who had first met at an inner-city book club in Sydney called The Book Sluts (motto: we’ll read anything).

The gang of five first came up with the idea of co-writing a novel on a boozy book club weekend away discussing Russian literature. The idea – light-hearted at the time – was to write a bestseller to fund a future trip. But what started out as a bit of a laugh to write a Mills and Boon-esque bodice ripper became more serious as they realised they had stumbled across a good idea for a novel and an effective and highly productive way of writing which they became fanatical about – collaborative writing.

We interviewed authors Jane R, Denise and Jenny (otherwise known as The Alices) about their writing process and they replied together:

Q: When did you realise you had an effective way of writing together?

Initially, our writing sessions were simply great fun. In fact, they never stopped being enjoyable. It was never a chore and only became more fascinating as the story developed. We were as keen as each other to find out where it would go. In the early months, our families assumed our project was an enjoyable hobby but once we realised we were actually writing something we ourselves would want to read, there was a definite shift in attitude.

Before the year was out, those same family members would tip-toe around whenever we were writing so as not to disturb our work. It was around this time also that we developed prescriptive systems to keep us organised.

Q. What are your roles as ‘Alice Campion’?

Because we ‘fell’ into this, we never sought out particular strengths in our fellow writers. We worked with what each of us naturally brought to the group. One of the original five is a professional journalist, so knows how to get to the heart of a good story, another is a communications expert, good at paring writing back to great effect.

One had completed several fiction writing courses bringing a wealth of literary techniques to the process and another of us is a documentary editor with a great visual eye. The final Alice is a project manager, able to bring the pieces of the jigsaw together. And of course, we are all keen readers and members of the same book club for many years, so used to pulling stories apart.

One device we employed from outset was taking notes and distributing them after each meeting. These would outline where we were up to with storyline and which scenes were to be written or reworked, and by whom, before the next meeting.

We developed a system of two meetings a week. Usually the weeknight one would involve reviewing scenes and identifying improvements which would be recorded in the notes. At our weekend meetings we would develop the narrative both at the current stage and into the future.

At first, we had different versions of a given scene flying around but before too long Denise was appointed Keeper of the Words (or ‘the kow’, albeit a sacred one). This meant she held on to the most recent versions of everything. When a scene was to be reworked, she would dole it to out the given writer. This became even more necessary as the manuscript grew. We also developed a list of scenes and dates, timelines, character sheets and pictures, family trees, maps, floor plans plus a list of agreed spellings and style.

As we wrote and improved the first few scenes, we worked out issues of point-of-view, tense and person. Each scene was named and numbered indicating which character’s point-of-view it would be written from, the scene’s date and location and even the weather, where relevant. All of this made for easy reference and freed us to write!

Q. What keeps you going?

All writers or would-be writers know that the hardest part of the process is to actually write – ie to avoid procrastination and put words down on a page. It’s here that group writing has great advantages.

We often liken writing in a group to being in a sporting team – you can’t drop the ball when it’s your turn to deliver because the whole team will be let down, and this factor does help with the procrastination factor.

Another great driver is that when you are meeting and writing with friends, or those whose company you enjoy, it is a really fun process so it never seems like ‘work’’.

When we started getting really involved in our stories we all found that we couldn’t wait to read out our part at the next meeting, to discuss what would happen next, to suggest a plot twist, or to get feedback on something we’d written. We all knew too, we would be sharing our work with each other, so this was a great incentive to make it as good as we could. In the end, this improved our individual writing.

There were always plenty of laughs at our meetings as well as lots of encouragement and feedback – something that is great for writer confidence, whereas solo writing can be quite a lonely process, particularly when no-one is reading your work until it’s completed. Writing in a vacuum can also trigger self-doubt. The loneliness of the long-distance writer is a thing!

Q. Have any of you ever been stuck? If so, how did you get unstuck?

Sometimes we would hit a wall. Often this came about when we all felt a scene was ‘too flat’ or we discovered that certain plotlines weren’t quite convincing all of us.

Here, again, the group dynamic was invaluable. We’d step away from our laptops, maybe have a glass of wine and debate the issues, and pretty soon suggestions were flying. And no matter how outlandish the idea, we would always give ourselves permission to ask… but what if this happened? We could always then pare that idea back or make it work. Our best ideas and neatest solutions always seemed to come in this group dynamic.

Also, we all took comfort in the fact that the others had our back if we had difficulty with a particular scene. We knew that the group could massage the words and could help lift us up when life intervened (and with five busy women with families and full-time jobs, of course real-life did intervene occasionally).

The Wandalla series by Alice Campion (The Painted Sky & The Shifting Light) are both published by Random House Australia. While one writer left the group pursue other interests, the four final writers continue to promote their two novels together and remain the best of friends. Some of them have continued to write independently. Jenny has had initial success writing film scripts, while Jane R and Denise are putting the final touches on a new collaborative novel, Reunion. 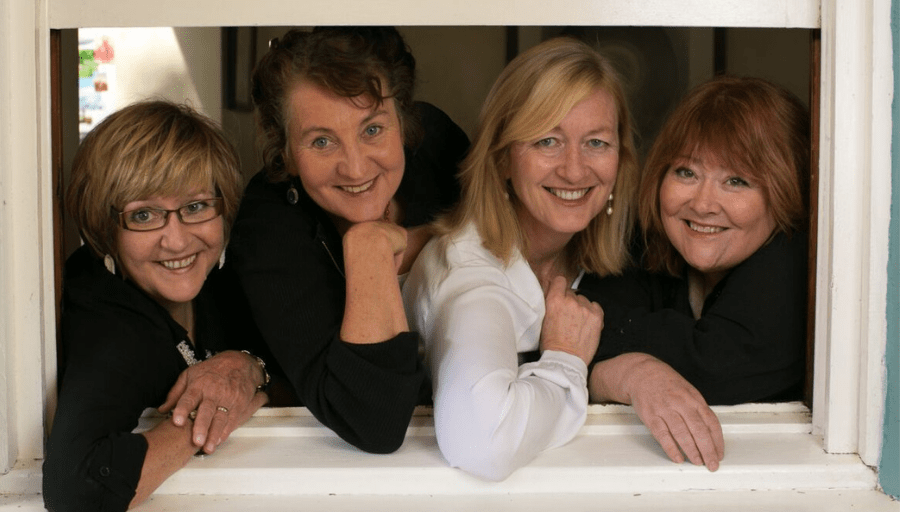