How to write like Anthony Trollope, the Grandfather of Tracking 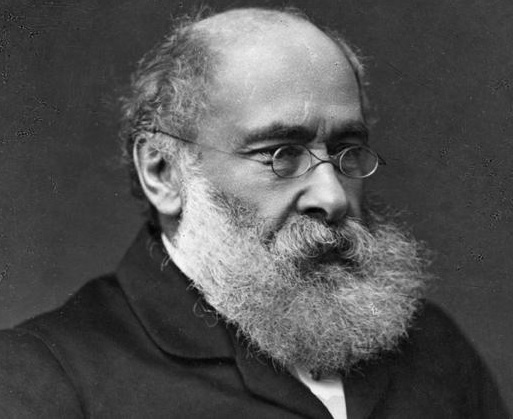 Anthony Trollope wrote over sixty books whilst working for the General Post Office – famously introducing the post box to Britain. Since its publication in 1883 his autobiography has inspired writers and incited jealousy. I take a closer look at his awesome levels of output and his productivity tricks.

In An Autobiography Anthony Trollope surveys his life with much satisfaction “I feel confident that in amount no writer contributed so much during that time to English literature.” His publishing output was indeed prolific and he compiles a list of things he has achieved over and above his novels, including his critical, social and sporting articles, and the faultless work he did for the General Post Office. To this he adds twice-weekly fox hunting, playing whist at the Garrick, socialising at home, and at least six weeks of foreign holidays. He concludes: “Few men I think ever lived a fuller life and I attribute the power of doing this to the virtue of my early hours.”

“I attribute the power of doing this to the virtue of my early hours.”

Write in the morning

Many writers choose to write early in the morning with Haruki Murakami starting at 4am and Toni Morrison at 5am. Trollope got to work at 5.30am every morning, aided by his “old groom” who was paid to wake and bring him coffee. He says:

“It was my practice to be at my table every morning at 5.30 A.M.; and it was also my practice to allow myself no mercy. By beginning at that hour I could complete my literary work before I dressed for breakfast.”

Trollope allocated three hours in which to write and felt this was ample time to “produce as much as a man ought to write”. He believed that literary labourers who write daily should be trained to write continuously – it was not for him to “sit nibbling his pen, and gazing at the wall before him, till he shall have found the words with which he wants to express his ideas.”

Trollope’s writing practice followed a set of self-imposed laws. He referred to these as a bargain made with his publishers, “not of course with their knowledge, but in my own mind”. He is the master of willpower bound to his laws without external reinforcement.

“I found it to be expedient to bind myself by certain self-imposed laws.”

However, he uses an external system for monitoring his laws: a writing journal to log his output. He explains:

“When I have commenced a new book, I have always prepared a diary, divided into weeks, and carried for the period which I have allowed myself for the completion of the work. In this I have entered, day by day, the number of pages I have written, so that if at any time I have slipped into idleness for a day or two, the record of that idleness has been there, staring me in the face, and demanding of me increased labour, so the deficiency might be supplied.”

Trollope isn’t logging output for its own sake but measuring it against goals. Like many writers he sets himself word and page count goals. The exact number of pages varied over his writing career, however he was always precise about what constitutes a page. “I have allotted myself so many pages a week. The average number has been about 40. It has been as low as 20, and has risen to 112. And as a page is an ambiguous term, my page has been made to contain 250 words; and as words, if not watched have a tendency to straggle, I have every word counted as I went.”

We can calculate how many words he writes, ranging from 5,000 per week to a pretty astonishing 28,000 words. Nowadays writers have a variety of word count toolsat their disposal. For example, writers trying to meet National Novel Writing Month (NaNoWriMo) daily word count goal of 1,667 words can download widgets to not only tally their words counts but publish them to their blogs and Twitter feeds.

We all know the satisfaction that comes with accomplishing our goals – finishing off a short story, completing a poem, or getting to the end of an important scene or chapter. Trollope takes great pride in completing his work “exactly within the proposed dimensions” and also within the proposed time. The reward is meeting his goal and the punishment is his own sense of failure when he falls short. He felt it was important to have the journal as a “record before me, and a week has passed with an insufficient number of pages has been a blister to my eye and a month so disgraced would have been a sorrow to my heart.”

Word by word, minute by minute

Trollope’s system starts with setting an overall goal of writing a book within a certain amount of time. He sets this deadline himself and agrees it with his publisher as a delivery date. He then aims to complete a number of pages per week, with a page being an exact number of words.

“to require from myself 250 words every quarter of an hour.”

The final level of goal setting is to write a fixed number of words in a writing session. We know that Trollope has three hours each morning to write from when he gets to his desk to when he dresses for breakfast. These sessions are divided in quarter of an hour slots, which he monitors “with my watch before me, and to require from myself 250 words every quarter of an hour. I have found that the 250 words have been forthcoming as regularly as my watch went.” Dare I say, that he wrote like clockwork…

Over time, the words and pages mounted up to chapters and novels. “This division of time allowed me to produce over ten pages of an ordinary novel volume a day and if I kept it up through ten months, would have given as its results three novels of three volumes each in the year.” A quite staggering output, which he comments as being “quite as much the novel-readers of the world can want from the hands of one man.”