Why I track and monitor my writing progress by Wyl Menmuir 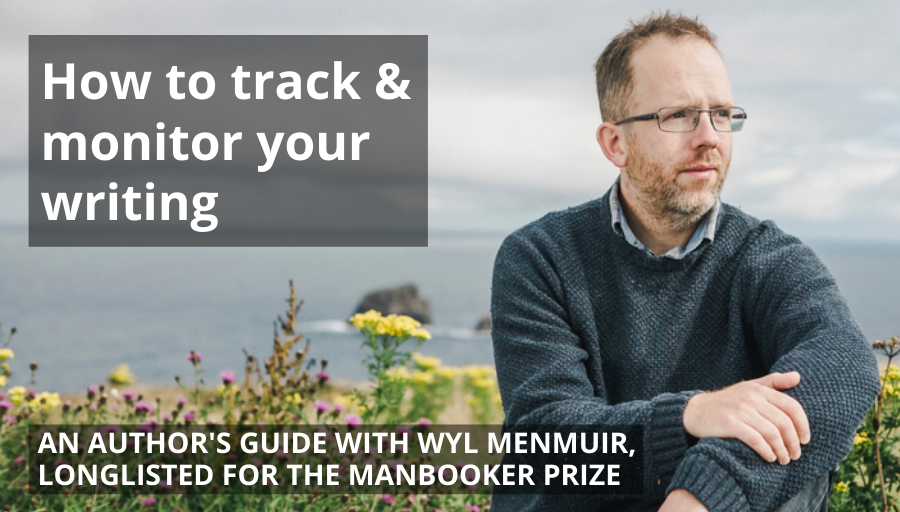 Wyl Menmuir writes novels and short stories. His first novel The Many was long-listed for the ManBooker Prize 2016 – one of the most prestigious writing prizes in the world. In this video, he explains the benefits of tracking his writing progress and why it’s a vital part of his creative process.

The benefits of tracking your writing – transcript

Monitoring your progress sounds like the antithesis of the creative process. I struggled with the idea of it when I first started to write my first novel The Many. I wondered whether it would take away some of the mystique and magic of it.

However, I think that the act of tracking my writing was one of the things that helped me to get to the end of a manuscript that I was happy to send to my editor.

I think it’s because it’s hard to see the progress you are making when you’re writing something as long as a novel.

If like me, you’re not prolific – you’re not always bashing out thousands of words – quite often you’re making loads of tiny incremental changes and as a writer it doesn’t feel like you’re making a lot of progress.

So I track two things: the number words I write each day and the days I write.

In The End of the Affair, Graham Greene describes his writing process. He writes: “over 20 years, I probably average 500 words a day for five days a week. That means I can produce a novel in a year and that allows time for revision and the correction of the typescript.”

I also track the number of unbroken days I’ve worked on the novel. It might seem a bit childish, but when I see the row of crosses in the diary or stars on the screen – then it encourages me to continue.

Finish what you start

Once you’ve got a streak going, you don’t want to break it. The trick is to trick yourself into continuing – even when you really don’t want to and when you think there’s nothing useful you can add to the novel. Because even small progress is some progress.

When I get to particular milestones – usually a round number on the manuscript – 20,000 words, 40,000, 50,0000 – then I’ll treat myself to a beer, a long run or maybe a surf. Marking those milestones is another way of making sure I continue – of making sure that I finish – and that’s the key thing.

I found that monitoring my progress helps me to finish what I’ve started – I’m doing the same thing now as I write my second novel.

It takes a few minutes to set up. it takes the effort of putting a cross in a box – but it’s as simple as that. Give it a go – it works for me.

If you like this video on the benefits of tracking, check out Wyl Menmuir’s other videos:

How to finish your novel

How to find writing inspiration

How to beat your writing blocks