Do you believe in writing myths? 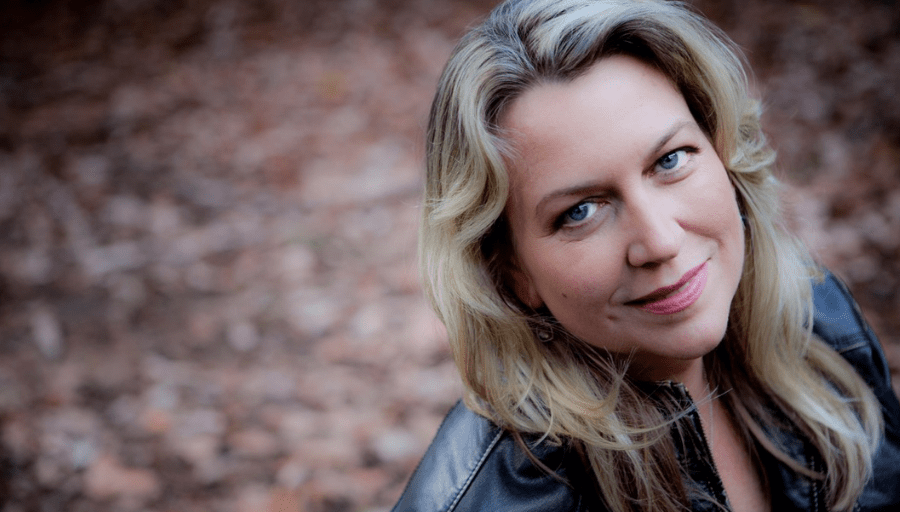 You’d never call Cheryl Strayed (pictured) a shirker. Today, her books regularly hit the bestseller lists, her memoir Wild was made into an Oscar-nominated film. She’s successful and prolific by any measure. But for years she was stuck – she didn’t write a thing. She judged herself harshly, thinking she wasn’t a ‘proper writer’. But one day a thought struck her which changed her mind – and her life forever. She realised she’d been fooled by a myth.

Struck by a thought

Before she was published, Strayed used to attend lectures and readings to learn from big name authors. Sometimes these sessions helped – and sometimes – not so much.

According to Strayed the authors would often share ‘secrets’ about their writing processes like they were unveiling universal truths carved into tablets of stone: “I write every day. If you don’t write every day, you’re not a writer” – was an example of the kind of advice Strayed heard.

She, like the other eager fans assembled would hastily scribble these missives down believing them to be gospel.

As a wannabe writer, Strayed took this advice seriously and tried to follow it to the letter – but she couldn’t. Being the kind of person she was, this made her doubt herself and her own abilities. She longed to write but she couldn’t do it like them.

Who am I kidding? She must have thought. Maybe I’m not cut out to be a writer? Maybe I don’t want it as much as they do? Maybe I’m not trying hard enough? But then one day, a thought struck her. She realised she’d been taken in by a myth.

Writers often spend a lot of time believing in myths – about writing and about themselves as a writer.

Sometimes we believe these myths because they’ve been told to us by respected people with status and power – people we trust. Sometimes they’re based in opinions we’ve formed about what ‘real’ writers are like and how ‘proper’ writers should behave.

These opinions have often been shaped over years and are influenced many different factors: social pressure, our self-esteem, our upbringing and the comparisons we make to the people around us. We often feel we should be writing in a certain way, be further ahead, be better than we are – but these beliefs are based in assumption, not fact.

Back in her 20s, Strayed wasn’t stuck because she lacked talent – her writing record since then proves that. You could hardly say she lacks determination and perseverance. Let’s remember that Strayed is famous for her arduous 1,100-mile solo trek across the Pacific Crest Trail – grit’s her thing.

In those early days, Strayed was doubting herself, stuck and feeling thoroughly miserable because she was trying and failing to live up to someone else’s standards and use someone else’s process to write. She believed a certain way of writing would – and should – work for her because it worked for them. But that belief was based in a myth.

Bringing lunch to everyone else

Reflecting on the advice she received in those early lectures and readings Strayed said:

“You’d look deeper and see that this man – and it normally was a man – would be in his office and his wife would be bringing him lunch. I’d be – ‘that is just not my life, no one is catering my life.’ I mean, I was bringing lunch to other people. I was a waitress.”

Strayed was blocked because she was trying and failing to emulate someone else at a different life stage with different priorities, different responsibilities and yes, bags more freedom and privilege than she had at the time.

I’m not sharing this story about Strayed’s first tentative steps into writing to make a point about entitlement and particularly of the male variety – although there is surely a point to be made.

I’m not sharing it to criticise the no-doubt well intentioned advice Strayed received – although their privilege shines through.

The advice they gave wasn’t universally bad. Daily writing can work well. But it’s not universally good either.

I’m sharing it with you to make the broader point that how you write – how much time you have for it, how frequently you do it, how long you do it for – depends on who you are and what your life is like.

As we often say: productivity is personal. How you get the writing done – whatever writing you’re doing – depends on you. And that’s just fine.

It was only when the penny dropped for Strayed that she decided to write in a way that suited her and her family life, responsibilities and job, and that was to write in long infrequent binges – something we explore in this blog.

The most widely cited research into writing and research productivity comes from Robert Boice, a behavioural psychologist who pioneered the field in the 80s and 90s.

After conducting intervention studies amongst ‘blocked’ academic writers he reached the conclusion that there was only one thing and one thing only that worked for all writers and that was to write daily (that old chestnut…).

But Boice’s research is limited.

According to writing scholar and educationalist Helen Sword who wrote a paper meticulously dismantling his theories and advice, his findings ‘hang by a perilously thin research thread’.

“This research-boosting advice is seldom backed up by the independent research of those who advocate it. Instead, proponents of the ‘write every day’ credo tend to base their recommendations mostly on anecdotal sources such as their own personal practice”, she writes.

In short, daily writing worked for them – so they assume it will work for everyone else. Sound familiar?

Sword criticises Boice for lacing his research with what she calls a ‘missionary zeal’ as he eggs on converts to his write daily dogma to go forth and recruit ‘disciples’.

Sword’s study of over 1,300 writers (rather more than the 27 recruits Boice typically bases his findings on) finds that the writing practices of academics are in reality, far more varied and idiosyncratic than he suggests.

“Remove Boice from the equation and the existing literature on scholarly writing offers little or no conclusive evidence that academics who write every day are any more prolific, productive or otherwise successful than those who do not”, writes Sword.

Perhaps it’s no great surprise to find that Boice conducted his research into writing on small groups of senior academics at the prestigious New York university where he taught.

Scholars with status, privilege and perhaps rather more flexibility, money and time than your average struggling student, burned-out lecturer – or indeed waitress.

In 2018 we conducted our own investigation into the habits, processes and practices of writers. In total we surveyed and interviewed nearly 700 authors with varying levels of writing experience to learn more about how they got their writing done.

We wanted to see whether we could spot patterns.

What we found mirrored the work of Sword and other writing researchers.

While we couldn’t find one common tactic or approach that worked for everyone – there was no magic productivity pill waiting to be discovered – we did find one thing.

We found that the writers who were the most productive, most happy, least stressed out and better able to cope with the stresses and strains of writing had in one way or another, created a collection of routines, tactics and approaches that helped and supported them to get started with their writing and keep going.

They’d developed a system of sorts and crucially, this system was always personal to them – it wasn’t based in myth or dogma, it was based around what worked for them in their lives at that very moment.

A talent for having talent

According to best-selling American author, creative writing teacher, and all round nice guy George Saunders, to achieve success you need to have talent for sure, but you also need something else.

Talking to Hattie Crisell on her In Writing podcast he explained it this way:

“It comes down to the way you allow yourself – or don’t allow yourself – to make progress. Each person has a level of self-obstruction. I have some students whose talent is off the charts – but then they get onto my MFA (Master of Fine Arts) program and something in them won’t allow them to go forward. Conversely, I have other students who have a pretty good talent but an amazing talent for having talent. Their psychology allows them to go forward – almost faster than you want them to.”

Every writer faces obstructions but some are able to move forward despite them because they have developed what we’ve come to call their own personal playbook – a book of moves and responses to help them cope better.

They know what to do keep motivated and what to do when they’re blocked.

Like Strayed, they no longer believe in myths and they don’t follow dogma. They know what works for them and they do it – this is their talent for having talent.