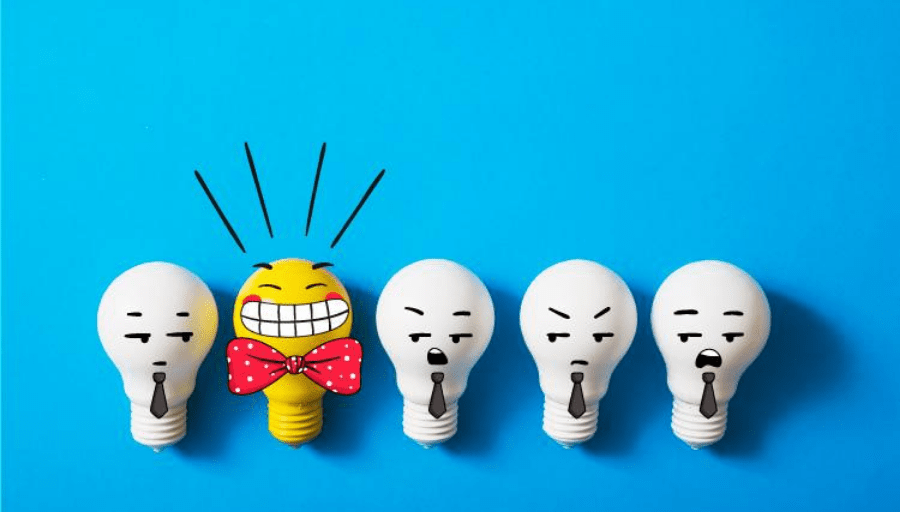 Comparing your writing with others can be positive. Sometimes, comparison can spur you on and bring out a better you. But often, comparing yourself to others can lead to procrastination, self-doubt and delay. If it does, you need to make a change. This is how one writer did it. Here’s Lucas’ story.

Lucas – not his real name – is a history professor at an Australian university and when we spoke, his confidence was at rock-bottom.

Talking to me from his refined book-lined office you wouldn’t think that academia is a cut throat, dog-eat-dog world where writing, publishing and presenting are vital to scholarly career success.

Some years ago, Lucas had been promoted – in-part because of an impressive publishing record – but since that time his writing had ground to a halt. He’d started countless projects but finished few.

With a hard drive full of half-written articles and books, and an inbox groaning with ever-so-polite emails from editors reminding him about overdue deadlines, Lucas’s reputation was taking a knock – and so were his stress levels.

Like many writers who compare themselves to others, Lucas was stuck in the middle of a knotty ball of human emotion and behaviour. Instead of giving his ego a boost, getting promoted to the academic major leagues had only served to pile on the pressure further. It made him doubt his readiness for the role and reach the conclusion that others were far better suited to the job.

He had lost perspective. Writing had become a miserable experience of comparison, guilt and grind. All he could see in the ranks above him were the academic super stars, effortlessly churning out world-changing ideas. Alongside were his prolific peers; fellow academics publishing paper after paper quietly acing their careers. Whilst below, that’s where all the productive young-buck scholars were – snapping at his middle-aged heels. Or at least, that’s how he saw things.

Making matters worse were the internal comparisons about how he used to produce work. How much better, faster and more fluent he was. How writing was so much easier before. He wondered why it was all so tough now and became fearful that something had simply switched off inside.

“Maybe I’ll never write again” he used to say in our coaching sessions. “What am I doing wrong that they are doing right?” “Why do they find it easy when I find it hard?” “I should be publishing more like them.” These anxious feelings of self-doubt snowballed until one day – he decided to quit his tenured job entirely.

He didn’t – that’s another story – but what he did is to unblock himself by starting to enjoy the process of writing more. That began by reflecting on his negative thought processes and questioning the groundless assumptions he was reaching about his own abilities – and the abilities of others.

It’s true that some people find it easier to write than others. Some find the process of sitting down and churning out words everyday a breeze whilst others struggle. They procrastinate, they feel bad, they suffer knocks to their confidence and they get stuck in negative cycles.

In 2018 we decided to find out why and we chose to focus on academic authors – although the results are relevant to just about any writer. We surveyed over 600 people – from PhDs to tenured professors – and asked them questions about what kinds of things they struggled with, whether they felt under pressure, where that pressure came from and what they did to cope.

We found that whilst academics experience multiple, overlapping challenges and obstacles, they tend to experience the same types of obstacles at certain stages of their writing career. Academics at around Lucas’s age and level of seniority were often burdened the most by external pressure and often, that pressure was linked to feelings of career comparison and feelings of insecurity.

Realising his thoughts were falling into recognisable patterns and understanding the pressures he was putting himself under was key to helping him address these negative cycles.

Some writers find it useful to keep a note of when and where they experience negative thoughts. They find that the act of noticing and classifying into one of the four categories above can be helpful as a way to spot unhelpful thought patterns and gain perspective – Lucas certainly did.

But be sure that when you notice, you do so without judgement. Simply note down the thoughts that flow in and out of your mind as a scientist might observe a specimen in a lab. By taking this simple action you might see that your negative thoughts begin to lose their power and influence over you.

Once you’ve noted down the types of negative thinking you experience, ask yourself whether they’re true or not. When you make unhelpful comparisons with a former self or others, counter them by asking yourself some questions about how you’ve reached those conclusions. You might discover that your reasoning is based in groundless assumption – not fact.

Again, this structure can work for addressing both internal and external feelings of comparison. For example:

When you use this method, you’re not forcing yourself to think happy thoughts instead of gloomy ones. Nor are you trying to prevent yourself from having negative thoughts through sheer force of will. Rather, you’re trying to retrain your brain to treat the negative assumptions you reach about yourself and your abilities as just that – assumptions – based on often faulty and biased opinions.

Whenever Lucas felt bad about his writing – when he compared himself to others or felt frustrated that his progress wasn’t as fluent and effortless as he thought it should be – he’d procrastinate. When he procrastinated he’d always do certain activities and think certain things. There was a pattern to his thought processes and behaviour – not that he knew that at the time.

Lucas’s procrastination didn’t involve doing the kinds of things that you might think of as procrastination. He didn’t idle away the time on Facebook or start baking bread. His procrastination activities weren’t obvious to him. They were disguised – and more often than not they looked like work. He’d double down on his data analysis, he’d re-edit, read 10 more articles, scrap whole chunks of text, re-write, circle back. He’d sit grim-faced feeling disappointed at his desk for hours on end.

In hindsight, it seems obvious that this procrastination behaviour was unhealthy (it was very obvious to his partner at the time), but in the moment it was hard to spot for him because it felt like work – and wasn’t that what he was supposed to do?

Breaking out of this gruelling, joyless cycle was important because it was giving him sleepless nights and making him dread writing – which in turn was making him more unhappy because writing was something he’d always enjoyed doing.

It’s difficult to make a change to your mindset or your behaviour if you don’t know the cause. If the things that trigger or exacerbate unhelpful thoughts are unknown and invisible to you then the same thought patterns will most likely reoccur. It was only when Lucas started to make his triggers more visible that he was able to manage them better.

Through tracking his writing process, he started to notice that a symptom of feeling negative was the sudden compulsion to re-read and re-edit. At a certain stage in the writing process, he’d be hit by an uncontrollable urge to throw whatever it was he was writing up in the air and start again. He also noticed that this trigger almost always involved some level of comparison – either with others or that prolific rose-tinted academic he used to be.

He noticed his thoughts could be quite catastrophic too. He believed his writing was irretrievably bad and that it was so much worse than anyone else’s. He’d end up scrapping and reworking whole sections only for the cycle to repeat itself a few days later.

This behaviour was at the root of his struggle to finish anything and it had to change.

He came to see these feelings and behaviours as his warning signs – this was an important step.

He’d started to observe his thoughts in a more disconnected way. He’d notice that he was falling into a certain thought pattern but instead of letting these thoughts take hold of him – he’d take charge of them.

He could only do this because he had a formed a plan – a ‘when-then’ plan to be precise – which helped him manage how he’d respond to his warning signs as they occurred.

A ‘when-then’ plan is a powerful approach to managing and controlling negative thought patterns and behaviours. Sometimes referred to as implementation intentions, the approach ties an intention to an action: when situation Y arises, then I’ll respond by doing X.

The first step towards finding your own plan is to notice when a situation occurs in your life. So, for Lucas it was his uncontrollable urge to scrap large sections of his writing.

The second step is to define your then. Lucas already knew that certain things helped to shake him out of a negative fug and gain perspective. He loved getting outside and going for a run. So, his simple plan became: When I feel the overwhelming urge to ditch whole sections of my writing, then I’ll leave my desk and go for a 45-minute run.

He noticed that sometimes, he’d get stuck on particular words and phrases and spend hours refining and picking over sentences. When he did this he turned to this plan: When I start obsessing over a sentence and believing it’s not good enough, then I’ll mark that word/sentence with an asterisk and come back to it the next day.

After a while he realised that taking a long break was necessary if things got really bad. So, he had another plan which was: When I feel the need to ‘rip it up’ and start again entirely, then I’ll put the work to one side and leave it for two weeks.

And finally, he also figured out that working on a few projects at once give him perspective as he could switch between them. So another ‘when-then’ plan became: When I start to feel bad that I’m not far enough ahead with article B, then I’ll switch to writing article A to get some perspective.