#100DaysOfWriting – the gentle approach to writing productivity by Jenn Ashworth 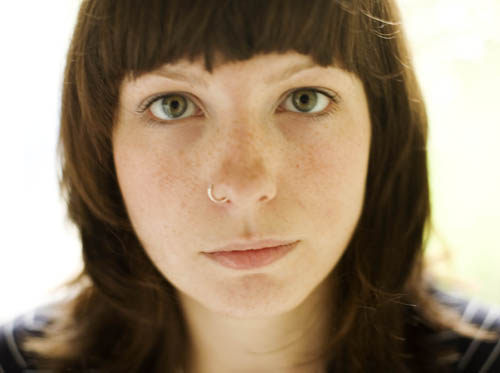 Writers’ block hits – you’re overwhelmed and paralysed by the fear you’ll never write again, let alone be productive and build a regular writing routine. Do you give up or take action? Find out how novelist Jenn Ashworth created #100daysofwriting to overcome writers’ block and fall back in love with her book with a gentle productivity challenge.

There’s no such thing as writers’ block, so thought novelist Jenn Ashworth – until it happened to her. A family bereavement forced her to stop writing mid-project. The weeks soon added up. The longer she was away from her book the harder it was to get started again. Fear set in, she explains:

“I needed more time off than I thought I would, and as time passed I realised I hadn’t been near my book for about six weeks. I thought when I opened the file again, the book would be crappy, it would be awful, I wouldn’t be able to get back into it, that I’d spent two years and it was gone, and I’d ruined it.

“I’d never had this before, I always thought that when writers talked about writers’ block, they were actually just idle. Then it happened! And I was really afraid.”

“I always thought that when writers talked about writers’ block, they were actually just idle. Then it happened! And I was really afraid.”

Ashworth has written regularly since she was a teenager – she wrote two novels before she was 21 (both unpublished, she fondly remembers them as self-absorbed, self-pitying teenage angst). Her third novel, A Kind of Intimacy, was published in 2009, and since then she has published three more novels to great critical success.

She balances novel and short story writing alongside being an academic, supervising PhD students, and teaching creative writing. She doesn’t write daily, but several times a week, so it fits around her work at the university. When it’s going well, she feels there’s a rhythm to her writing: two days on, two days off, two days on.

“If I can get it in sync,” she said, “it works really, really well. I think it’s no coincidence that this block began in the summer, when I wasn’t teaching, so I didn’t have that structure to my week and I didn’t have a lot of contact with other writers either.”

A solution to writers’ block: #100daysofwriting

Ashworth was alone, away from the structure of a working week and the support of other writers; she was blocked, afraid and grieving.

So, she took action, not in a bold decisive way, but more of what she calls a ‘whim’. Ashworth created 100 Days of Writing and posted the idea on Instagram with the tag #100daysofwriting.

Her solution wasn’t about productivity or hitting goals, smashing word counts, and nailing her novel. It was designed to be a gentle approach to falling back in love with writing.

“Every day for 100 days I would turn up to the book. There was no obligation to write for any amount of time, or to a word count every day, but just that I would turn up. I hoped that after this 100 days, I would’ve made friends with the book again, maybe finished it, maybe got over my terror. I put this up on Instagram, kind of as a way of holding myself accountable. I thought if I sent it in public, then I’ll have to do it.”

A record of the daily writing process

The plan was that every day for 100 days Ashworth would record her writing. She didn’t want to log her word count or talk about the content of her writing, so instead she took photos of what she saw when she was writing.

“You can see the state of my desk or my overflowing bin, full of Skittles wrappers and biscuits and coffee cups. I did some writing in the university library; a lot of writing on trains. I didn’t want it to be that airbrushed filtered self-promotion that happens a lot on Instagram, where the writing life is quite pretty.

“People were quite surprised how unglamorous it is! Quite a lot of the pictures I’m just sitting in bed or, I’m at my kitchen table or I’m on the settee with my son’s toys around me, or I’m in my hoodie looking pissed off and unwashed.

“I thought it’d be nice to share that I do have a family and this is the context in which I work fitting it in with other people’s needs, and that I don’t have a garret, and I don’t have a wife, and that is important because most writers don’t.”

The power of accountability and the #100daysofwriting community 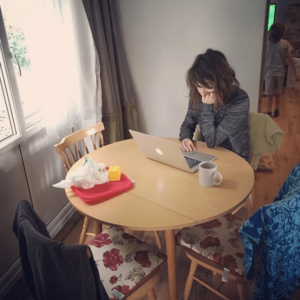 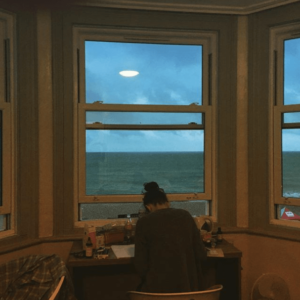 Soon other people were following the hashtag, liking and commenting on Ashworth’s posts and joining in. People worked on all sorts of projects, from keeping journals to writing poems, starting novels or finishing their work in progress. The community shared their process and journey on social media.

They all understood the principle of not making it into a bootcamp-style challenge, but a gentle way of turning up and being accountable to the work. Ashworth believes the gentle approach was part of the appeal.

“What really surprised me was how many people wanted to do it with me, and also how similar our experiences were of turning up every day. I found that really fascinating, and comforting as well. I didn’t expect it to help me, and it did – knowing that lots of other people were doing it as well. When it was really hard I was quite open about that and what it was like, and then people said nice things, other people would say ‘oh it’s like that for me as well’ and I’d think ‘Oh thank God for that.’”

“I did turn up every day, but I was very relaxed about what turning up meant!” 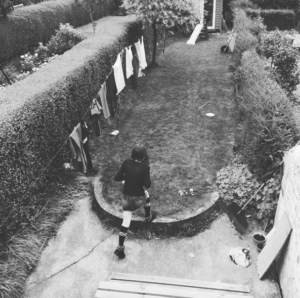 Day 21: sneaking away from family life to the shed at the bottom of the garden

She turned up to the book at home, at work, on trains, in hotels, at a wedding, on the beach, and on holiday with her family.

Sometimes she wrote, other times she edited, tinkered and planned, and sometimes she got distracted and procrastinated. It all contributed.

“I spent about 20 minutes just tinkering, and I counted that, and if I was just making notes on a bit of scrap paper, I counted that. And other days, I wrote maybe 2,000 words, or restructured a chapter, or made a lot of visible progress on the manuscript. It was very up and down.” 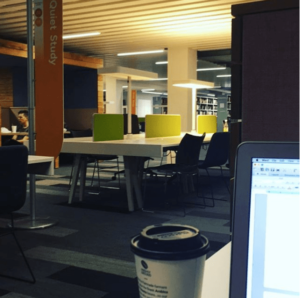 Day 87: bad tempered writing in the university library, which turned out to be one of the most productive days, word count wise

On reflection, learning from the process of writing

#100daysofwriting was for Ashworth all about the process rather than the output. By turning up, recording what she did, she learnt a huge amount about her own writing, she explains:

“It was about seeing what it was like every day and trying to observe the process more than the product. I guess, trying to learn why I was so afraid, what worked well for me, and what didn’t, which times of day worked and which didn’t, and how much could I get done, and just consciously observe all of that and figure something out.

“I learned that I can write pretty well at night. And I can’t get up early in the morning. I did try that a few times and I was just resentful and lazy and cold and angry, and I didn’t want to!

The pressure of productivity and finishing a book 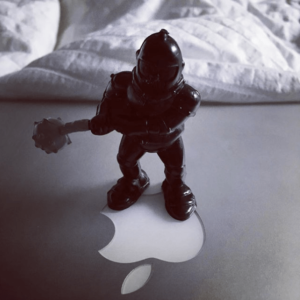 Day 38 – meet John, Jenn’s horrible inner critic who is always with her

Overall, she achieved more than she ever thought she would, but as the end of the 100 days were within sight, the pressure was on.

“I tried not to get too caught up in the idea of productivity and that was really difficult, especially in the last ten days or so. I was halfway through the last chapter and I wanted to finish. I imagined that I would have my last picture, I would print out the book and I would look smug and well-groomed. And it just didn’t happen. I had other stuff going on, I was travelling, I worked, I had kids, and the book wasn’t ready to be finished.”

“I tried not to get too caught up in the idea of productivity.”

Ashworth finished her 100 days of writing after attending a party at BAFTA full of famous celebrities and glamorous people. She got back late to her hotel in London and set the alarm clock to get up early to write.

In her final picture she looked, in her own words, “rough” and “exhausted”. It wasn’t the picture she planned, holding the print out of the book, but it was the truth. It was the reality of turning up every day, of overcoming writers’ block, and making gentle progress with her book.

Day 100: Looking knackered but finished the ‘challenge’ if not the book!