How to build a daily creative habit 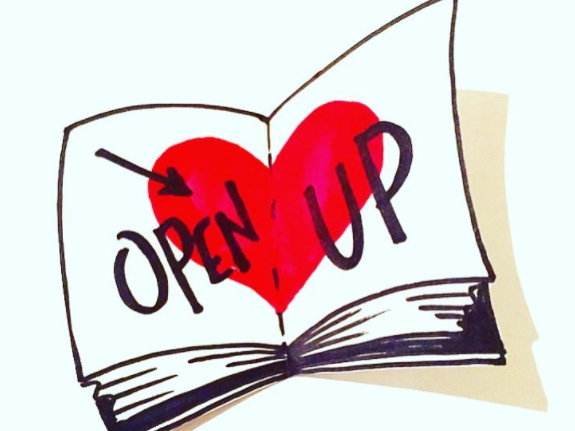 Faced with her students’ procrastination, designer and lecturer Tash Willcocks set out to prove that small steps lead to big gains. Since February 2013 she’s hand drawn and published an illustration every day. From overcoming fear, to building a community, and finding happiness in the everyday, she shares valuable lessons about developing a daily creative habit.

We’ve all been there. The more important a project is, the more likely it is that we’ll procrastinate. Design lecturer Tash Willcocks had seen ‘final year fear’ before – the paralysis that hits students as their end of year project approaches. Too much thinking and not enough doing.

When her advice to take small steps fell on deaf ears, she took matters into her own hands. It was time to lead by example. Tash announced that for the next three months she would draw and publish a picture every single day. She told her students:

Tash started the Mundane A Day project where she’d publish a daily drawing on Instagram. She made a commitment to ship every single day, which terrified her. Once she made her announcement about starting a daily creative habit – she panicked. Doubt set in that she wasn’t very good, she said:

“I was genuinely really bad. I put my heart and soul on my sleeve in front of the students, and it was not good. I was aware of this – and that it will get better. The aim was three months and then stop when they’d handed in their projects. And four years later I’m still doing it and it’s grown completely into its own thing.”

As the days, months and years have passed Tash has built up a significant body of work and the audience has grown far beyond that first class of students – she recently delivered a TedX talk. The mundane has become sublime, as she explains:

“I just took a mundane happening and made it into this glorious thing. I elevated it into something really beautiful. It was about appreciating the little things in life.”

The name of the project was deliberate, just pick something small and mundane each day. The idea was to not overthink it.

Day one was simple, Tash bagged two bargain bottles of olive oil in the supermarket. The second day got complicated when a meteor hit Russia, but hey, that’s life and big stuff sometimes happens.

Setting a small goal was important to make a start. However, it’s something else to keep going. Tash follows Jerry Seinfeld’s advice to ‘not break the chain’ and do something every day.

“I’ve got that mentality, that I can’t break a chain. I’ve been doing it for this long, if I stop it’s giving up.”

Don’t beat yourself up if you miss a day

It’s not easy keeping a daily creative habit going, and there are days when Tash just doesn’t feel like it. She tries to focus on how good it will make her feel.

“When I can’t be bothered to do it, I know it’ll make me feel better – it calms me down, puts me into a little zone where I’m not worrying about stuff. It just takes me to a happy place and I know I will pop out the other end feeling like I’m a nicer person after I’ve done it.”

That said, she has missed the odd day and admits to occasionally doing two ahead of a big night out!

“Sometimes if I know I’m going to go out drinking I do two the night before!”

More important than having a back-up plan is not feeling guilty and punishing yourself. Tash explains:

Going public with a project can be very intimidating, but on Instagram Tash found a supportive community.

“I like putting it out on Instagram, because people genuinely are pretty nice and they’re really encouraging, especially the lettering people, they really look after each other.”

One of her most popular drawings is called: ‘I don’t like likes, but like me’. Tash tries to not live for the likes, but admits she likes a like!

A manifesto for a daily creative habit

There’s a difference between building an audience of followers and finding a community of mutual support. Perhaps because she has spent the last 20 years working with students Tash loves helping others and often advises teenagers and those starting out. Her advice is now rooted in her practice rather than just learnt from a book.

Her advice to those thinking about beginning a project is simple: Just start. Whether you’re thinking of starting to write, draw, film, code or make, check out her manifesto for starting and keeping going.

Get it down on paper and stop giving yourself a hard time.

It’s all right if it’s shit, it’s going to get better. You will have to go through quite a long time where it doesn’t look perfect, but that’s all right. You wouldn’t expect somebody to just play the piano straight away.

Don’t be afraid of playing, keep it as something that’s nice, don’t turn it into a job.

Surround yourself with good people that encourage you.

Just start, just do it. Stop punishing yourself, stop worrying what people think and just get it out there. Say that this is my first one. Be honest with yourself and other people.