How to keep productive by quitting 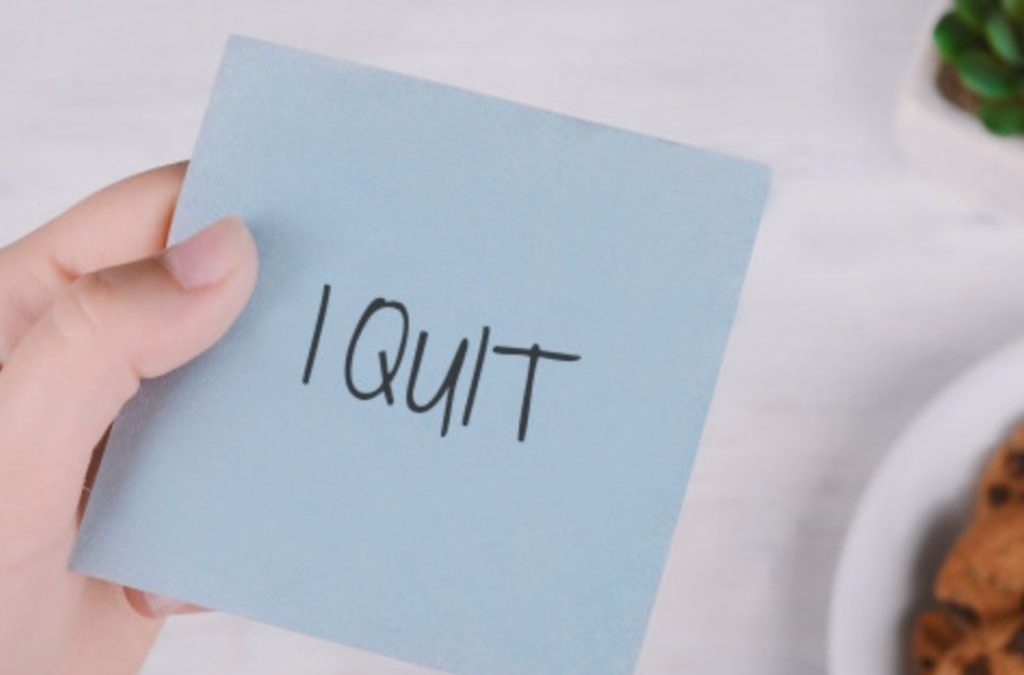 You know that nagging voice you hear when you haven’t finished something? Well, I’m a compulsive finisher and my nag is relentless. It’s probably why I’m better at writing shorter things like this and why writing anything longer than about 2,000 words gives me the heebie-jeebies. Saying that, I learned that quitting is a science-backed trick you can use to kill your procrastination.

In his book Pre-suasion, the psychologist Robert Cialdini writes about how, after a severe bout of writing procrastination early on in his academic career, he stumbled on a productivity hack that’s kept him writing ever since.

Counter intuitively, it involves straining every sinew to quit writing – just when you are the most impatient to continue.

The big switch off

Anyone who’s ever sat through a class of any kind knows that feeling you get when the lesson’s just about to end.

You check your watch, shift your bum around in your seat a bit, you surreptitiously (or sometimes not) organise your stuff – you get ready to leave and you disengage.

Newsflash: she has and she does.

In his book, Cialdini writes about the deflating experience of teaching students who become progressively mentally absent during the course of a lesson.

He also writes about all the different methods and techniques he tried to keep their attentions switched on – to no avail.

But then, something happened.

One day, Cialdini was coming to the end of his lecture and suddenly noticed that he’d totally mistimed his talk.

He’d posed a deep question at the beginning but now, time was up. He wouldn’t be able to answer it.

Never mind he thought. The students probably won’t care anyway so he wound up the class with a brief apology and sent them on their way.

But they didn’t go away.

For once, there was no organising of stuff. No shifting of bums.

They all stayed – they were rapt.

They demanded to know the answer to the big question he’d posed.

Tell us Cialdini – what is the answer?

They wanted to find out the end to the story.

Cialdini writes that at the time he remembers thinking: “Cialdini, you’ve stumbled on dynamite here.”

He knew it was a breakthrough but he still didn’t know what had just happened.

So, he started researching different psychological theories and discovered that it was something to do with a recognised ‘state’ called the Zeigarnik effect.

This is what he found.

A group of students were sitting around one day in a beer garden, when talk turned an elderly waiter who worked there who had an amazing ability.

He was famous for being able to memorise the orders of huge tables of people then distribute the right food and drink orders to the correct people – every time.

So, one student decided to test the limits of the old man’s memory.

After correctly delivering another large order of food and drink she asked her fellow students to cover up all their orders with napkins.

She asked the waiter to return. Then, she asked him to tell her again who had ordered what dish.

The waiter peered at the students who minutes before he had just served and at the napkin-strewn table – but couldn’t do it. He couldn’t even come close.

All this took place in 1920s Berlin and the woman who asked the question at the time was a research student called Bluma Zeigarnik.

Over 600 studies later, the Zeigarnik effect is a proven psychological state.

It’s a state which means that people remember uncompleted or interrupted tasks better than completed ones because our attention is drawn to them.

Robert Cialdini thinks it’s all to do with our innate craving for closure.

When the waiter was the midst of an task, his memory was second to none – all his mental energy was on that task. But once that order was completed and closed  – he’d mentally moved on.

It’s why Cialdini’s students felt they couldn’t leave before finding out the answer to the question he’d posed at the beginning – they wanted closure.

It’s why I feel mild panic when faced with anything longer than 2,000 words to write – because I value closure and hate the gnawing sense of incompleteness I get when I can’t finish something in one sitting.

It’s why ripping last 10 pages out of a novel is about the cruelest thing you can do to a human being and why deliberately quitting when you’re on a roll can be one of the best procrastination killers you can muster.

We love a mystery – it’s the motivational motor that keeps us turning pages – only but only when that mystery is solved in the end.

So, if you’re prone to procrastination, it could be time to trick that nagging and gnawing internal voice of yours into helping you to keep going.

Use your natural drive for closure to motivate yourself, kill your procrastination and get back in that writing chair tomorrow – and the next day.

If you’re procrastination prone, here’s how to improve your writing by quitting:

THE END… and relax.