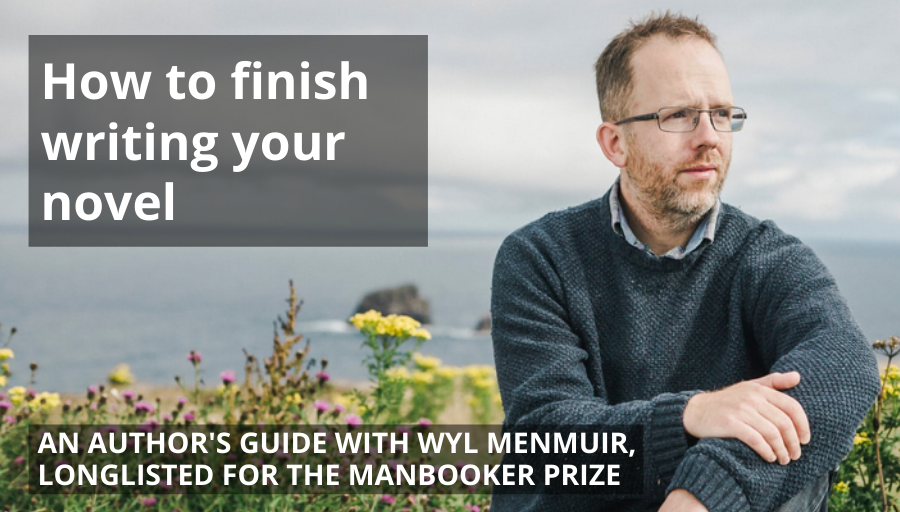 Wyl Menmuir writes novels and short stories. His first novel The Many was long-listed for the ManBooker Prize 2016 – one of the most prestigious writing prizes in the world. In this video, he shares with us his best tips on how to start – and then finish – your novel.

How to finish writing your novel – transcript

I’ve wanted to write a novel for as long as I can remember.

It’s an ambition I’ve had since the first time I was completely transported by a book. I’ve always been amazed by the way that a book can take you out of yourself and transport you to somewhere completely different.

I wanted to be able to do that kind of magic.

Since that moment, I’ve written short stories, songs and journalism – but it took me until I was in my mid-thirties to get a novel finished. For me, it was a case of knowing I had a story worth telling.

Improve your chances of finishing

I knew it would take a lot of help to get it done as well. Having started but not finished a couple of earlier novels, I was aware of the scale of the task. So I did everything I could to improve my chances of finishing.

I went on an Arvon ‘starting to write’ course where I wrote the first words of my novel. I signed up  to an MA in creative writing at Manchester Metropolitan University which helped me give me some structure and some deadlines – and I used an early prototype of Prolifiko to keep me on track.

Now, I fit my writing around a full-time freelance editing job which means I often start my writing after the children have gone to bed – or in the hours I can steal from other parts of the day.

It took me a lot longer than I thought to finish my novel but I stuck with one piece of advice which is to finish what you start – and that saw me through to the end of the novel and it’s seeing me through writing the second novel too.

If you’re just starting out writing your first novel then I pass that advice on to you. Because there will be points at which you no longer believe ion the project and all you want to do is delete it and to throw it away. I’ve lost count of the number of times I’ve felt like that

But I wrote out that phrase – finish what you start – and pinned it up to remind me that it’s normal to feel like that.

If there are any secrets to writing a novel – the first is to start. Put some words on a page, no matter how imperfect you think they are.

The second is to keep going – is to be the person who finishes.

I must have written and re-written my entire novel about 10 or 11 times before I was happy with it – but it was worth it in the end.

The only difference between me and lots of people I meet who tell me that they’d love to write a novel is that I started – and persisted with it.

If you’ve got that ambition to write a novel my advice to you is to start and if you’ve already started – to keep going. Good luck with whatever you are writing.

Check out Wyl’s other videos

How to beat your writing blocks

How to find your writing inspiration

How to track and monitor your writing