Steps, scaffolding and serialisations – how sub-goals keep you writing 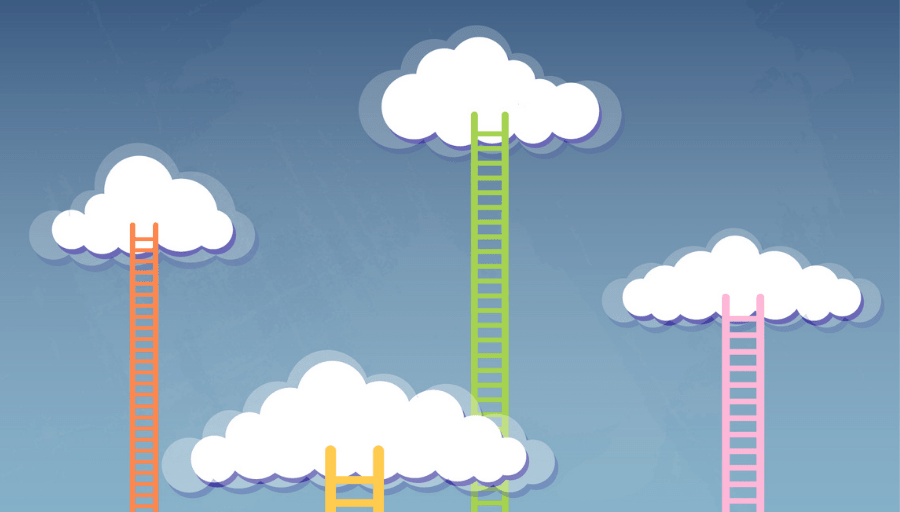 I’m a sucker for a writer’s origin story. That moment of inspiration and enlightenment, when the muse visits, an idea is sparked and creativity flamed. While I picture a wildfire, the reality is someone patiently fanning the flames to keep the spark alight for many years. Creative persistence isn’t a gripping yarn, but the slog is where the secret of success really lies.

Take Charles Dickens, a jobbing journalist who penned comic sketches under a pseudonym. I’m sure he could have made a fair living as a sketch writer, churning out satirical snippets to amuse Victorian newspaper readers, but his 15 novels are where his genius lie (and what brought him fame and riches). While we aren’t party to Dicken’s decision-making process his first fiction was commissioned, not as a fully formed novel, but a serialisation.

Serialisations are a form of episodic writing, where instalments are written and published in magazines before the works are compiled and republished as full-length novels. Dickens’ first novel, the Pickwick Papers was commissioned as a monthly feature in a popular periodical of the time and published in 19 episodes alongside comic illustrations.

As a journalist, used to filing to deadline, I imagine that being asked to submit a monthly column provided a way in to novel writing, breaking the large task down into smaller, more manageable chunks. It’s a tactic applied by all sorts of writers.

In academic writing it’s called ‘scaffold publishing.’ Scaffolding is the process where researchers might first present their ideas at a conference, then they submit a journal article or write a short-form book manuscript for publication. They don’t start by writing a weighty monograph. Instead they take smaller, incremental steps.

Technology has made this easier with many academics embracing digital forms which can be as simple as blogging, creating YouTube videos or for some researchers TikTok is the way to share ideas and build a following (check out #academics).

The UKSG, a UK-based charity which supports scholarly communications said*: “scaffolding of publications approach enables researchers to meet institutional expectations while also leveraging more creative avenues to share and grow potential for next steps in their research.” This approach helps academics deal with the ‘publish or perish’ pressure from their university while focussing on creativity which can, for many, be a highly satisfying part of the writing process.

Scaffolding and serialisation are ways of breaking down large goals into smaller stages, what researchers call ‘proximal sub-goals.’ Proximal means close by and is the opposite of distal goals, which are the far way dreams we might have. While I had always dreamed of writing a book, I started with a much smaller goal – posting regularly on a personal blog. This gave me the opportunity to write guest articles for an industry magazine where I could explore my subject of innovation. I got deadlines to meet, a platform to reach an audience, feedback from readers and a space build my confidence and skills before embarking on a full length book.

Publishing in a serial fashion meant Dickens got feedback from his audience and he rewrote plots, changed characters and improved the structure and suspense of his work based on readers’ response. It was such a successful tactic for him that he founded a magazine called Household Words to give him a platform to share not only his writing but fellow story tellers, including George Eliot, William Makepeace Thackeray, and Elizabeth Gaskell. Dickens was quite the sub-goal pioneer.

From sub-goals to satisfaction

Not only can having sub-goals get things done, it also results in a big uptick in motivation. Psychologists researching learning in the 1970s found that setting incremental goals has positive psychological effects:

These increase motivation and make it more likely that people will continue with the project at hand, researchers Bandura and Schunk write*:

“When people aim for, and master, desired levels of performance, they experience a sense of satisfaction. The satisfaction derived from subgoal attainments can build intrinsic interest.”

It’s a win-win – not only will setting small steps make you more likely to do them and to keep going, it also makes you feel rather good.

Keep writing – even if you don’t want to

Many of the examples are of people who want to write, who are already motivated to do something, whether for their own pleasure, their career or business. What if, for example, you don’t really want to write?

Then take heart, the researchers have you covered. Rather than look into the dream-fulfilment type of goal, Bandura and Schunk instead sought people who had no interest in the activity. In this case, they researched children studying maths, who they described as having “gross deficits in mathematical skills and a strong disinterest in such activities engaged in self-directed learning over a series of sessions.”

Whenever you get stuck, lose heart in your current project, and can’t bear to continue, remember those math-hating kids. If researchers can make them fall in love with studying equations by using sub-goals, then imagine what you can do with a project you actually want or need to make progress on?