How to manage your writing distractions – a lesson via George R.R. Martin 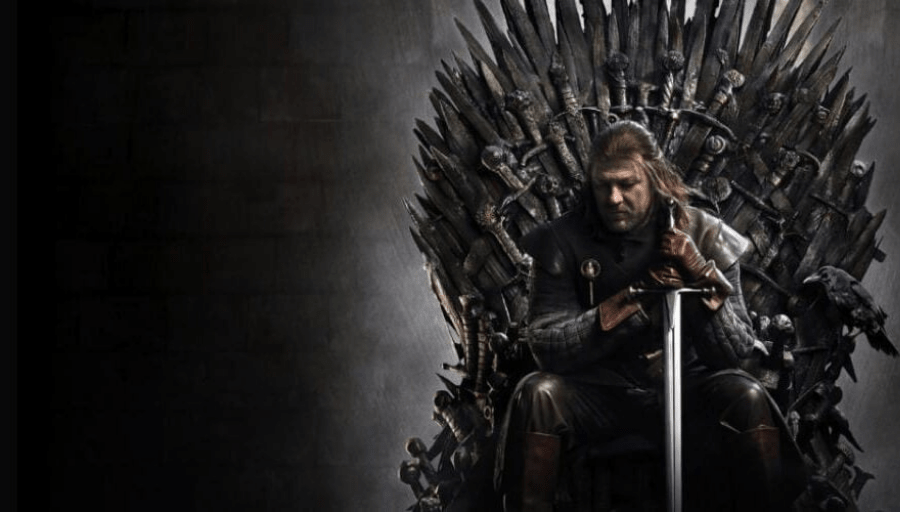 Back in 2009 writer Neil Gaiman was replying to a fan who’d contacted him through his blog. Gareth – the fan – wanted some advice, and to have a bit of a moan. Not about Gaiman but about George R.R. Martin, the massively successful author of the A Song of Ice and Fire novels – otherwise known as Game of Thrones. Gareth was a fanboy of Martin too, but lately he’d become disappointed in him. He was peeved that the fantasy writer hadn’t yet delivered on the next planned chapter of the series – which was indeed long overdue.

“I’ve become increasingly frustrated with Martin’s lack of communication on the next novel’s publication date,” griped Gareth. “It’s almost as though he is doing everything in his power to avoid working on it” he exclaimed. Asking next, “Is it unrealistic to think that by not writing the next chapter Martin is letting me down?”

In his response Gaiman wrote, “This may not be palatable, Gareth, and I keep trying to come up with a better way to put it, but the simplicity of things, at least from my perspective is this: George R.R. Martin is not your bitch. This is a useful thing to know, perhaps a useful thing to point out when you find yourself thinking that possibly George is, indeed, your bitch, and should be out there typing what you want to read right now. People are not machines. Writers and artists aren’t machines.”

This serves as a healthy reminder. Even the world’s most successful, experienced, talented and celebrated authors get interrupted, distracted and deflated – just like everyone else. Things break their concentration, they feel vulnerable, they question their abilities and their value to the world. Writers aren’t machines.

It’s true that The Winds of Winter, the sixth novel in George R.R. Martin’s series was supposed to be delivered by 2014 – and at the time of writing, Martin says he’s still barely scratched the surface. In an interview, Martin’s friend and collaborator Linda Antonsson attempts an explanation. It seems that Game of Thrones has been something of a double-edged sword for the writer. Yes, it’s been hugely successful but that success has left Martin with lots to distract him, an ever-dwindling attention span.

It would appear though that to date, Martin’s initiatives to alleviate his ten year bout of procrastination have met with limited success. Whilst at one stage a simple home office served him and his writing well, as his fame and presumably fortunes ballooned he felt the need to re-locate to different premises. Instead of a room to write in, now he needed an entire house. Maybe this might help? He also decided that more people were the answer to help him free up his time and manage his growing empire which now included a charity foundation, a bookstore, a movie theatre and countless other investments. Suffice to say, the five assistants he hired to take away his distractions only added to them.

Martin’s current solution to improve his concentration is to move lock, stock and barrel to an isolated hilltop writing cabin at an undisclosed location. Ably helped by an assortment of ‘minions’ (his word), Martin’s every need is catered for and every potential writing distraction, interruption or mild irritation deftly, silently removed by a minion before it ever disturbs him. There, Martin complains his life is very boring, “truth be told, I hardly can be said to have a life,” he writes on his blog. But at least he is able to focus on the writing. For now.

Some writers tell us that their lives are so busy and crammed full of work, distractions and interruptions that they find it impossible to find the time and headspace to write. They tell us that they really want to write but they just can’t – so they don’t. They prioritise other things, they write in fits and starts, they flit from one highly urgent thing to the next, writing projects become albatrosses draped around their shoulders, they drag on for years – decades sometimes. They end up disappointed and racked with guilt.

Other writers can’t understand why they’re not more productive than they are. They’ve cleared the decks, cancelled their appointments, bought a nice new comfy chair, put their out-of-office on and blocked out days, weeks or months even to write ‘the book’. But then they feel frustrated that they fill their days being distracted by anything other than ‘the book’. Domestic tasks bleed into their writing time, they sit at their desks but nothing comes. They organise, read, review, go on a writing course, read some more, go on another writing course. They end up disappointed and racked with guilt.

I write this neither to depress or amuse you but rather to make a point – which I hope will help.

Writers often seek the perfect circumstances to write. However, the amount time you have at your disposal and the number of distractions you have in your life do not in themselves stifle your concentration nor allow you to keep your attention.

What enables you to remain focused is how you manage your time and the various distractions within it. You can be productive with a lot of time or a little, with many distractions or few – fundamentally, it depends on you and the mindset and priorities you have. It might not sound it, but this is intended to be a liberating thought.

Whatever distractions and interruptions you have can be managed – you just need to know how.

There’s an idea in psychology called the locus of control and it tries to explain how we respond to the events in our lives. Developed originally by Julian Rotter in the 1950s, it might be a helpful way to think through your relationship with the writing distractions you face you face day-to-day. I’d be interested to know what you think if it helps – let me know.

Sometimes we get interrupted for very good reasons and when we do, we need to accept these situations and not feel bad. It’s natural to feel uncertain, anxious and scared during a global pandemic – for example – and it’s very human for those feelings to always be there at the back of our minds to distract us and interrupt. Not all distractions can and should be batted away by the productivity police. Some distractions need to be accepted and embraced without guilt.

Sometimes though, we let distractions and interruptions ‘happen to us’ and submit to them concluding that there’s little we can do to influence these events in our life when that’s not always true. When we consistently believe we have limited control over the things that occur this can impact how we live and make decisions. It can breed a fatalistic mindset which can influence whether we even try to stop things from interrupting us, whether we go for opportunities or feel there’s no point as the deck’s stacked against us. It can lead to us making rash and ultimately unhelpful decisions too like, say, believing the only way to write is to buy yourself a hilltop writing cabin and employ a team of ‘minions’ to serve your every whim.

The locus of control idea teaches us is that how distractible we are is often rooted in our mindset rather than reality. It also teaches us that in any given situation, two modes of thought are possible. Even though we might not think so at the time. In mode 1 you believe that ‘things are distracting you’ and so conclude that you’re powerless to influence the situation. Whilst in mode 2, you believe that you can exert some influence over your distracted situation if only in a small way.

Mode 1 results in delay, frustration and disappointment and inaction. Mode 2 results positivity and crucially – action. Before you jump to a conclusion or assume that a certain situation is uncontrollable, think about your decision-making process first.

It’s hard to produce with constant interruptions but equally hard if there are no consequences, no stakes, no deadlines to meet and nobody to disappoint (aside from yourself). It’s also hard to produce if you have everyone to disappoint – or at least potentially – like George R.R. Martin which may account for his 10-year bout of procrastination.

The locus of control isn’t about blaming yourself for not writing when you’re busy. That’s just damaging and guilt-inducing. It’s about asking questions of yourself and testing the assumptions you reach.

If you think you’re far too busy to write, ask yourself: is the situation you find yourself in as uncontrollable as you think? If it is – fine. Then put the writing aside, accept your busyness and don’t feel bad. But perhaps there might be something you can do and if so – go do it.