How to trigger your writing habit 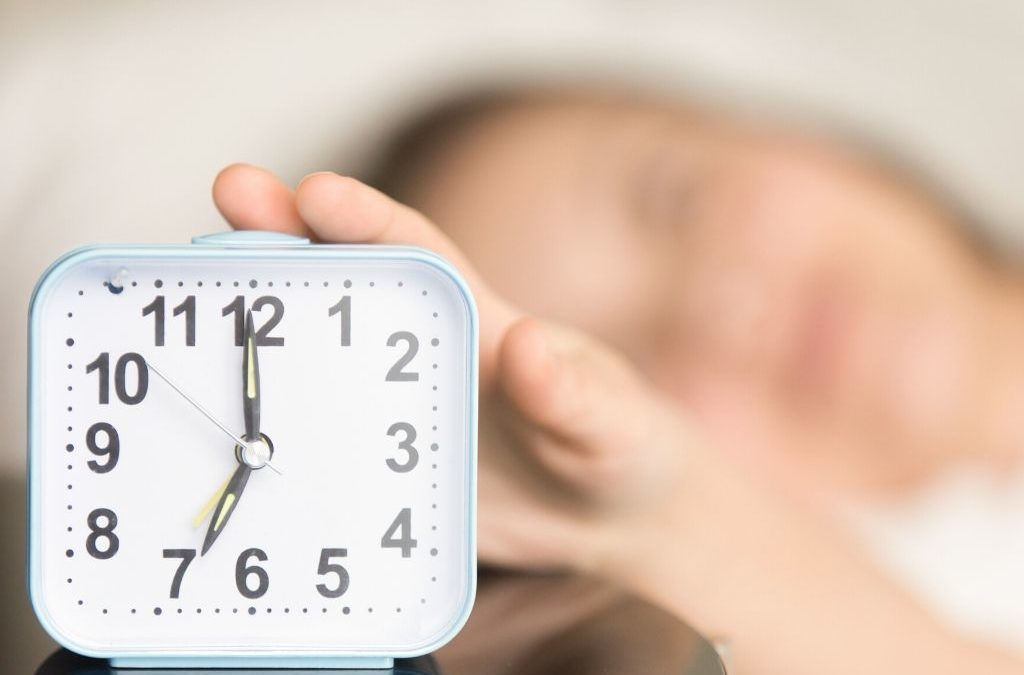 Habits can transform our lives, they can help us achieve our most ambitious goals and fulfil our deepest dreams. But it’s darn hard to make writing a habit, some might say impossible. Understanding how habits are created and focusing on the first step – how to trigger a writing routine – offers a glimmer of hope and a practical way to build a regular writing practice.

“We are mere bundles of habits,” according to William James and researchers working a century later found he was right. Over 40% of the actions we perform each day are habits and that means we don’t trouble our brains deciding to do them – they’re automatic behaviours, done without thinking.

Now imagine if writing was like that. If getting your ass into the chair and your fingers on the keyboard could happen without delay or distraction. Oh, that procrastination was a thing of the past and you no longer had to draw on limited willpower to decide when, how and what to write.

“The thing is: It takes a lot of energy to be creative. You don’t have that energy if you waste it on other stuff.” Austin Kleon

The foundations of habit

Unfortunately, writing is hard work, it takes longer and is much more difficult than daily habits likes brushing your teeth or checking Facebook. For many people writing will never become a habit, at best it is a routine – something that you commit to and make time for.

But, I think that having a writing routine is an essential part of building a habit. So there is a glimmer of hope that writing could perhaps become habitual. To give it a chance you need to understand the foundations of habit, and this starts with the habit loop.

Delving into the psychology of habits led behavioural scientists to uncover a basic truth: when a habit emerges, the brain stops fully participating in decision making, so a pattern unfolds automatically.

The ‘pattern’ within our brain is the habit loop. This is explained by Charles Duhigg in The Power of Habit: Why We Do What We Do and How to Change as a three-step loop. He says:

“First, there is a cue, a trigger that tells your brain to go into automatic mode and which habit to use. Then there is a routine, which can be physical or mental or emotional. Finally, there is a reward, which helps your brain figure out if this particular loop is worth remembering for the future.”

The more this loop is repeated, cycling through cue–routine–reward, it becomes ingrained and over time automatic.

If your goal is developing a writing practice, then your routine is clearly defined. What you have to do is find your cue and define your rewards. It sounds so simple; some have even gone so far as to say that it works like magic.

“Over time a habit is born.” Charles Duhigg

To trigger a writing routine we first need to identify a simple and obvious cue, which is easy because cues can be pretty much anything. Duhigg says they range from visual triggers to places, times of the day, emotions, sequence of thoughts or even the company of people.

I’ve written some suggestions below on how to pick a cue that works for you, but first we need to find out what makes the habit stick – and it’s not just repetition through the habit loop.

Cue and reward aren’t enough to make something a habit. “Only when your brain starts expecting the reward – craving the endorphins or sense of accomplishment – will it become automatic,” says Duhigg.

“I hate writing, I love having written.” Dorothy Parker

This means that the cue doesn’t just trigger a writing routine, it also triggers a craving for the reward. The cue and reward become intertwined to create a powerful sense of anticipation, or a craving, and this creates the habit. 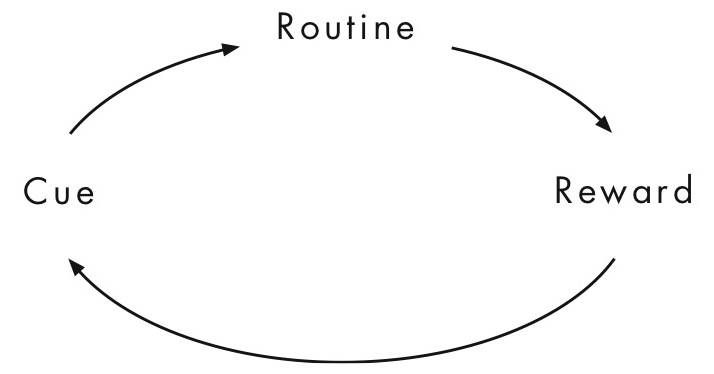 You could set up a habit loop that used a simple cup of tea or coffee as a reward for doing some writing. This could create a particularly powerful craving if you have to wait for your morning caffeine fix until you’ve hit a word count target.

However, if you’re anything like me you won’t be able to string two words together without first having a coffee – so perhaps you might be better trying this later in the day. But you get the point, craving a reward will drive you to write which is a win-win – you get to write and taste the coffee.

You better believe it

So we’ve got our loop set up: we’ve cued the writing routine, chosen the reward and developed an addiction-like craving for it. Does that mean we’ve got our writing habit sorted? Probably not. This getting of a habit is complicated stuff and our brain psychology is fighting us all the way.

Luckily, habits expert Duhigg has done the research and knows what else we need to do to fix a habit, he says: “Belief was the other ingredient that made a reworked habit loop into a permanent behaviour.”

Writers often have a tricky relationship with self-belief. Whether you’re starting out or have several books under your belt every day is an opportunity for your inner critic to eat away at your confidence.

But a second factor can help us cement our self-belief: having a community.

Duhigg explains: “for habits to permanently change, people must believe that change is possible. … Belief is easier when it occurs within a community.”

There’s a reason writing groups and courses are so popular: they offer the support and help of a group of like-minded people, people who have the same goal as you – to write. But you don’t need to go public and shout it from the rooftops, researchers found that having just one other person is enough to make you believe change is possible.

“Creativity is a habit, and the best creativity is the result of good work habits.” Twyla Tharp

There are three elements to building and embedding a habit in your life so it becomes an automatic behaviour – something you do without thinking.

Do try this at home: getting cued up with writing routines

Habits can transform our lives, they can help us achieve our most ambitious goals and fulfil our deepest dreams. But it’s not easy. Duhigg says “Habits are powerful, but delicate.”

So don’t set yourself up to fail. Start small by focussing on the first part of the habit loop: finding a cue to trigger your writing routine.

We found out above that cues could be almost anything, from emotions to places, so why not try some of these:

In the same way that having sugary treats in your cupboard makes you want to eat, why not prompt a writing craving with a visual cue? I keep my notepad on my bedside table so morning pages are an easy part of my waking routine. Leave your laptop somewhere prominent, set a phone alert, leave a note or picture for yourself, or schedule writing time in your calendar.

For many years computer programmers have sworn by the IFTTT rule – if this then that. Places are a great trigger for an IFTTT behaviour – if I’m at this place then I must write. For many years my commute home took me past a late opening library – I couldn’t cycle past without stopping and then without writing. Find your writing location: design a snug at home, escape to a café, find a quiet spot for some lunch break scribbling, or build a shed and trigger your writing session.

Many writers swear by writing first thing in the morning. If that isn’t your thing, find a time and fix it. By attaching it to an activity you already do it becomes easier – write while commuting, after you’ve eaten lunch (or before if you’d like to use lunch as a reward), or before switching on the evening news.

The cliché of the heartbroken youth writing poems to his lost love isn’t relegated to the mists of time. Technology companies use emotional triggers to get you to use apps, take Facebook – by connecting you to your friends it stops you feeling lonely, as does Tinder… So take a cue from your emotional state to write; feeling frustrated at work – grab your notepad rather than send an angry email to your boss, write a gratitude journal, celebrate life’s highs and get through the lows with writing.

5. The company of people

We are the sum of the five people we spend the most time with, or so the saying goes. Make those people writers, or readers, or creativity cheerleaders. Community can make a habit stick, so why not use it to trigger one, sign up for a writing group now, or follow some of the witty writing types on Twitter. A virtual community can be as powerful as one that meets face to face.