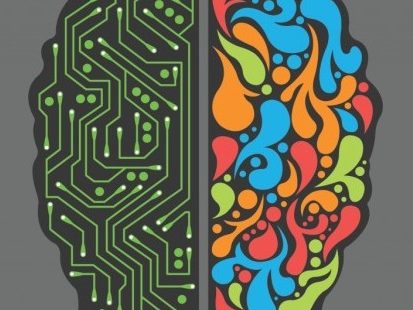 Psychologist and author of the bestselling book Flow, Mihaly Csikszentmihalyi, thinks that highly creative people aren’t like us. But he doesn’t buy into the idea of the creative genius either. People who are highly creative don’t have special minds, but they do have more complicated personalities based around a series of 10 opposing character traits.

For his latest book Creativity, The Psychology of Discovery and Invention Csikszentmihalyi (pronounced six-cent-mihaly) and his team interviewed 91 highly creative people in an attempt to find out what makes their brains tick.

His interviews ranged from Nobel Prize winning scientists and inventors to authors, artists and playwrights – who have committed their lives to producing original and very often ground-breaking work.

Early on in the book he considers the question of whether there is something unique about these people. He asks whether there’s something about highly creative people that makes them as they are. Do they have some special quality that the rest of us lack?

Csikszentmihalyi has no truck with idea that his 91 interviewees are simply creative geniuses – that their brains are wired differently to others. Although he does conclude that highly creative people do seem to possess similar sets of character traits – and that those traits are often opposing ones.

>> Read more: Try the opposite: conflicting approaches to writing productivity

He writes: “If I had to express in one word what makes their personalities different to others, it would be complexity… They contain contradictory extremes – instead of being an ‘individual’ they are a multitude. Like the colour white that includes all the hues of the spectrum, they tend to bring together the entire range of human possibilities within themselves.”

According to Csikszentmihalyi, most people have personality traits that are located somewhere towards one end of a spectrum. For example, you’re either a broadly aggressive person and get wound up quickly, or you’re a more passive, chilled out sort. You might go through periods of your life where you’re more or less relaxed but broadly, you’re in one state or the other.

Highly creative people, Csikszentmihalyi believes are able to contain these ‘contradictory extremes’ within themselves at the same time. They don’t swing between different moods as such – they’re able to operate quite happily at both ends of the spectrum with equal intensity.

Off of the back of his research, Csikszentmihalyi and his team developed what they call the ‘ten dimensions of complexity’ which set out opposing character traits which highly creative people tend to have.

1. Highly creative people tend to have a huge amount of physical energy but they also need serious downtime. They have the capacity to focus like a laser on their project for days on end but then need to crash before they burn out.

2. They’re often super-smart but at the same time, can be totally naïve. There is proof that whilst creative people can have high IQs, they also tend to have lower emotional maturity than most people. In short, they’re like super-smart kids.

3. Very creative people are normally highly responsible, dedicated and disciplined people, but at the same time, they also tend to have a thoroughly irresponsible and carefree approach to life and their work.

4. Creative people alternate between being fantasists and being thoroughly rooted in reality. They tend not to produce work that is simply ‘bizarre’ in nature – they produce original work that is grounded in sound thinking.

5. Whilst most people tend to be mainly introverts or extroverts, highly creative people often operate at both the extreme ends of the introvert-extrovert scale. They crave others’ attention and require isolation and solitude in equal amounts.

6. Highly creative people are normally very modest and proud at the same time. Whilst they’re fully aware of their talent, they also know they’re ‘standing on the shoulders of giants’ and feel humbled by it.

7. Most people have predominantly masculine or feminine tendencies – but highly creative people have both. Tests have found young creative girls tend to be more dominant and assertive whilst young talented boys to be less aggressive.

8. Highly creative people tend have a strong respect for tradition but also have a rebellious streak. The most productive creative people know the rules and understand how to conform but they’re usually hell-bent on breaking them.

9. Creative people are both highly passionate and highly objective – they often feel attached and detached to their work at the same time. Whilst the passion keeps them interested in working, the objectivity makes them better.

10. The creative process causes extremes of joy and emotional turmoil. Whilst creative people have a daily struggle with their project – they also report suffering a huge sense of loss if they are ever prevented from working on it.

>> Read more: The persuasive power of ‘when-then’ plans to make you more productive

Csikszentmihalyi doesn’t claim that his list of ten complex character pairings is in any sense final – in fact he thinks it’s pretty arbitrary. He’s also not saying that every highly creative person possesses the same ten pairs. He’s suggesting that highly creative people tend to be more likely to have opposing sets of character pairings – and that they’re more extreme.

His findings also suggest that one extreme personality trait needs another to keep it in check – and it’s this combination of opposites that keeps creative people not just highly original, but also highly productive.

If you want to improve and grow as a writer or an artist, being passionate alone won’t necessarily help – unless your passion is kept in check by your objectivity.

To maintain interest in your creative project you certainly need to think you have something to say – so you need an ego – but not so much ego that you overlook faults in your work.

In order to be original you certainly need to have your head in clouds but you also need your feet firmly on the ground. Being endlessly inventive is great but at some point, you need to knuckle down and do the work.

And whether you write novels, code or equations, if you want to produce work that’s truly original then you need to know the rules – and have deep respect for them – if you’re ever going to break them.