How to be a prolific academic: The writing strategy of superstar scholar, Adam Grant 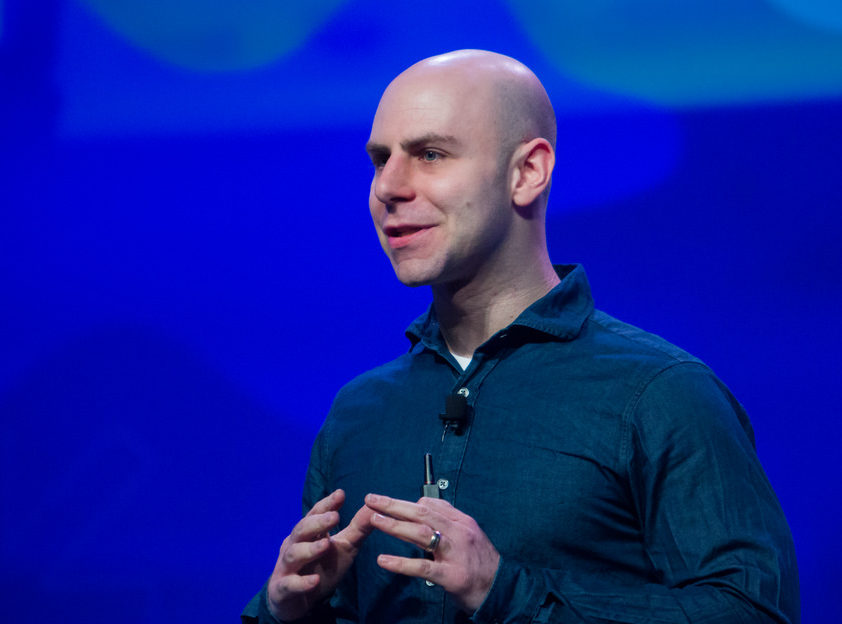 It’s official, being a highly prolific academic is the best indicator for scholarly success. Research looking at the careers of 2,800 of the world’s top scientists found that those who published the most papers also had the biggest breakthroughs and accumulated the most prizes. All well and good, but how do you get so prolific in the first place?

To discover the secrets of academic productivity we researched the work of superstar scholar Adam Grant – one of the most productive academics in his field. What we found was that like many successful writers, he has developed a writing strategy over the years to help him produce.

Adam Grant is an organisational psychology professor at Wharton School of Business, Pennsylvania University in the US.  He is also the youngest professor to ever be awarded tenure at Wharton – receiving it at the tender age of 28.

Now a full professor aged just 36 – the highest possible rank of professorship in the US – Grant has multiple awards to his name and has been Wharton’s top-rated teacher six years straight.

Grant is successful because he’s super-bright – of that there’s no doubt – but it takes more than just grey matter to be that successful so early.

Grant’s super-success can be put down to one thing – the fact that he’s the most highly prolific researcher in his field and produces at what can only be described as an ‘elite level’.

In 2012, Grant published seven articles – all in major academic journals.

In 2013, he published five but also managed to publish a book – Give and Take which went on to become a major best seller and named one of the best business books of the year by the Financial Times and the Wall Street Journal.

By 2017, he’d got his third book written, Option B, this time co-authored with Facebook COO Sheryl Sandberg.

“The most predictable path to quality is quantity – but many people fail to achieve originality because they develop one or two ideas – then obsessively refine them trying to reach some kind of perfection.”– Adam Grant, Originals.

At the same time as doing all that, Grant hosts a podcast, writes a weekly newsletter to 85,000 people, is a Ted Talk speaker has been a consultant to Google, The World Economic Forum, The Gates Foundation and many more organisations and companies.

He also has a young family – and a packed teaching schedule. So how does he do it?

He has a writing strategy – that’s how.

He batches his time

Grant’s level of productivity depends on many factors but interviewing him for his book Deep Work, fellow academic Cal Newport believes he’s found at least one that really seems to matter – he time-blocks or ‘batches’ his time.  He writes:

Newport also writes about how Grant uses this batching or time blocking approach on a smaller time scale too.

“[Grant] alternates between periods where his door is open to students and colleagues, and periods where he isolates himself to focus completely and without distraction on a single research task.”

Newport explains how Grant divides up the writing of a scholarly paper into three tasks  – analysing the data, writing a draft from start to finish and editing.

Each of these phases takes around three to four days and to keep undisturbed, Grant switches on his out-of-office auto responder – even though he’s in the office. Something that often confuses colleagues but helps him focus and get the necessary work done.

Being interviewed for Forbes Magazine, Grant explains that he purposely uses a method drawn from psychology to keep him super-productive – he deliberately leaves things half finished.

Talking to contributor Dorie Clarke, Grant says: “I start a lot of things and purposely leave them unfinished. When I have a bunch of really long emails and I need time to think about the response, I’ll actually start replying, leave them as drafts, and move onto something else mid-sentence.”

“Original thinkers will come up with ideas that are strange mutations, dead ends and utter failures. The cost is worthwhile because they also generate a larger pool of ideas – especially novel ideas.” – Prof. Robert Sutton, Stanford University

Grant explains that he takes this approach because he knows that when you leave something unfinished you often unconsciously keep mulling it over.

This technique is called the Zeigarnik Effect, a proven psychological state which means that people remember uncompleted or interrupted tasks better than completed ones because our attention is drawn to them.

He says: “If I finish a paragraph [when I’m writing], it takes a while to get back to where I left it three days earlier. But if I left a sentence unfinished, more often than not, I can literally dive right back into where I was.”

>> Read more: How to keep productive by quitting

He focuses on three things

But being one of his field’s most successful and high-profile scholars – he has celeb status in many academic circles – must only add to the huge volume of distractions that he must face on a daily basis.

Talking to GQ in March 2018, Grant explains one method he uses to keep focused and distraction at bay and that’s to begin each week with just three things that he wants to accomplish in that week.  He says:

“I try to start every week with three things that I want to accomplish that I care about. And then three ways that I want to help other people. And that’s the compass for the week. I’ll plan my whole schedule around those things. Sometimes I find that I overshot dramatically. I could only accomplish one thing and be helpful in one way. But I try to have the three and three front and center, so I evaluate everything else that comes in through the lens of, “Is this going to stand in the way of the major things that I’m trying to get done this week, and the major ways that I want to show up for others this week?””

“On average, creative geniuses aren’t qualitatively better in their fields than their peers, they simply produce a greater volume of work which gives them more variation and a higher chance of originality.” – Prof. Dean Simonton, University of California.

Grant also explains why he believes that the focus of your productivity shouldn’t be ‘to be more productive’ but rather on the project you have to finish and your motivations and ambitions for the research. What will you gain if you achieve your ambitions? What are you going to lose if you don’t? Talking to GQ he explains:

Strategies and systems for becoming a prolific academic

Whilst Grant’s uber-productivity can make you wonder what on earth you’ve done with your life, his approach to his writing is also reassuring as he’s clearly developed a strategy and system over the years to help him produce at the level he does – and it’s this strategy that any kind of writer can learn from.

What Grant has in common with successful – and least stressed out – writers is that he’s created a personal system that helped him become a prolific academic. He doesn’t rely on willpower to help him write, he’s develop a process that works for him.

That process probably won’t be for you but you can find one for yourself by experimenting with your writing routine and monitoring how you write.